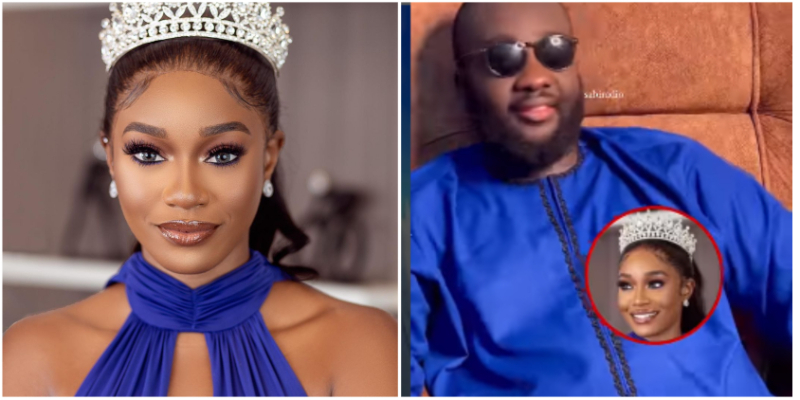 Few hours after BBnaija Housemate, Beauty was disqualified from the reality TV show her brother has revealed that her whole attitude in the house was scripted.

WITHIN NIGERIA reported that Beauty was disqualified from the game last night after she got in a heated argument with her love interest in the house, Groovy.

The whole brouhaha started after Beauty confronted Groovy who is her love interest in the house for dancing with Chomzy who happens to be her sworn enemy.

The confrontation however went south after Groovy called her controlling and insecure. Beauty who wasn’t having any of the disrespect any longer took off her wig and hit Groovy with it in the the process destroying Biggie’s microphone.

However, few hours before the live eviction show, Biggie gathered the housemates in the lounge and talked about what went down on Saturday night.

Beauty was given an additional two strike for hitting a housemate and destroying Big Brother’s property making it a total of three strikes which means automatic disqualification from the game.

Few hours after she left the house, Netizens dragged her for being disqualified from the show over a man as many stated that she sacrificed that 100 million reward over a man.

Coming to her defense, her brother has stated it was all a script and Nigerians should rest and let her be.