Talented singer and Songwriter, Kizz Daniel is making headlines for not attending a show he was billed to perform in Tanzania on Sunday, August 7.

The ‘Buga’ Hitmaker is currently on a tour called the “Afro Classic World Tour” and he is expected to perform in three African countries: Tanzania, Rwanda, and Malawi.

According to reports, the singer had arrived Tanzania but had reportedly refused to perform for his fans since his clothes were unavailable.

The videos which surfaced on social media captured moment angry fans some of whom had reportedly paid $5000 for tables, tore the venue apart, while some hurled bottles at each other as they exited the venue.

Many also took to Twitter to air their reactions as many stressed that they were unable to comprehend why he would do so. 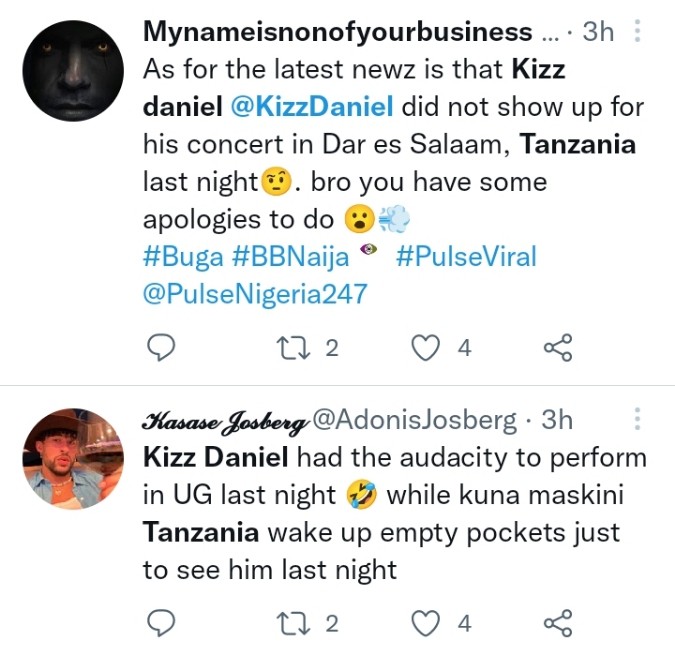 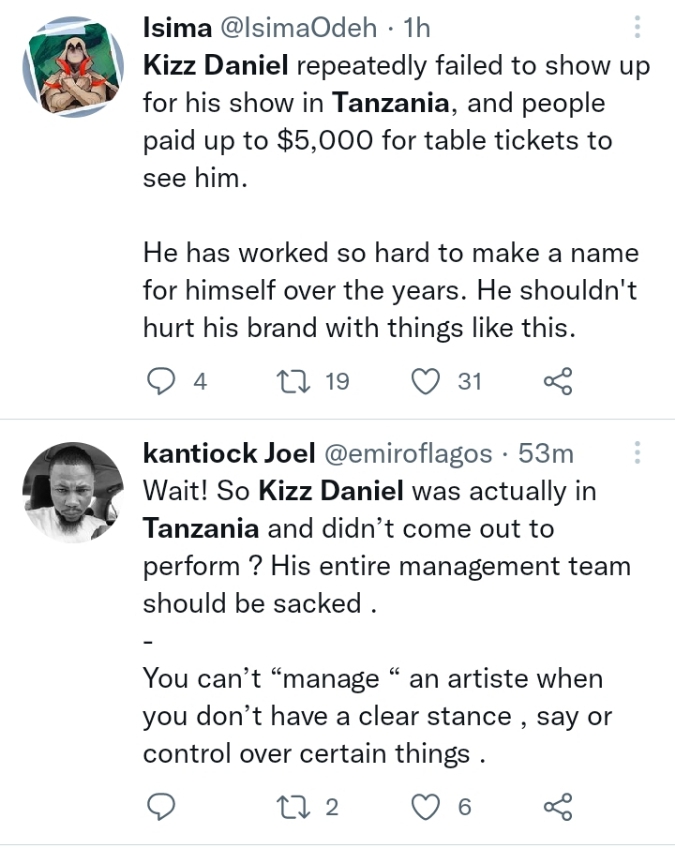 His Tanzania performance was supposed to come after his performance in Uganda, where he performed on Saturday, August 6, at the Lugogo Cricket Oval in Kampala.