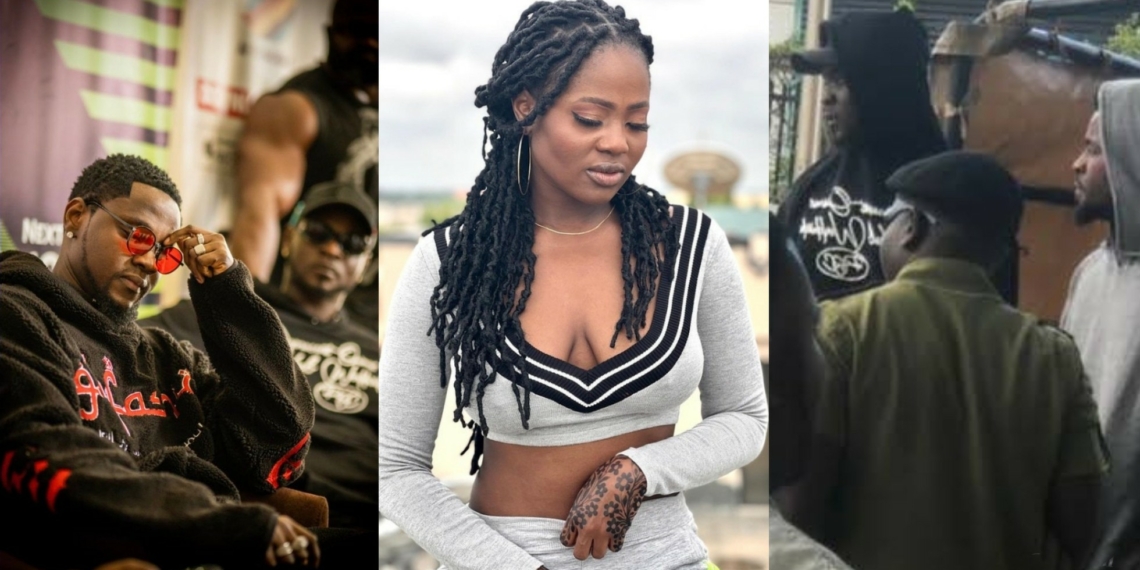 The music star was earlier arrested after he allegedly failed to perform at a concert he was said to have been paid for last Sunday.

A clip showed a disorganised show arena, with concert goers throwing bottles and other objects on stage.

Following the arrest, the show promoter who paid and booked the singer, revealed Kizz refused to perform because the airline had not brought his bag which contained his gold chain.

The Singer has been released and according to reports, will return to Nigeria soon.

Reacting to backlash and support she received since the news broke, Kizz’ sister Sophie took to her official Instagram page to apologize for not responding to calls and messages from fans.

“This is me, Toluwalope Sophia Anidugbe, penning as e dey do me. Na me know the number of calls I have answered and the many I have had to ignore since the ‘news’ broke!

Some messages i have responded to with words, some with just emojis , some left unread cos I didn’t even know what to say. My DM is full. People who have never reached out before did, those who haven’t reached out in ages retuned, my regular bant buddies also got in touch. Family members wan run my

I apologize to people who are disappointed about the news they heard about an artiste they love or atleast unhappy about news going round with regards to a guy who makes music they enjoy. Equally, I appreciate the honest feedback and criticism that has been directed my way even though I’m not exactly the ‘sinner here but I will be sure to pass your message along.lol Being related to a celebrity is not a vocation, you don’t get paid for it. “

Speaking on how difficult it has been for her talking about his arrest on radio, the OAP wrote;

“Believe me when I say, it gets even complicated when you have a job like mine.

Today on radio, I spoke about his his arrest. It would have been hypocritical and unprofessional not to but it wasn’t a pleasant experience. Being a sister who openly supports a popular brother could cause you to become quite the expert in this business of PR and asking for forgiveness.

If I had imagined a scenario like this, I would have joined the team na, so all the wahala is worth it.”

On Kizz Daniel’s state of mind, his management plans for damage control, she wrote;

“The last 24 hours has been difficult for me. As we know Kizz has been released. He is fine, we spoke this morning I’m also eagerly waiting for the press Conference or statement or whatever ‘his’ mgt decides to do” 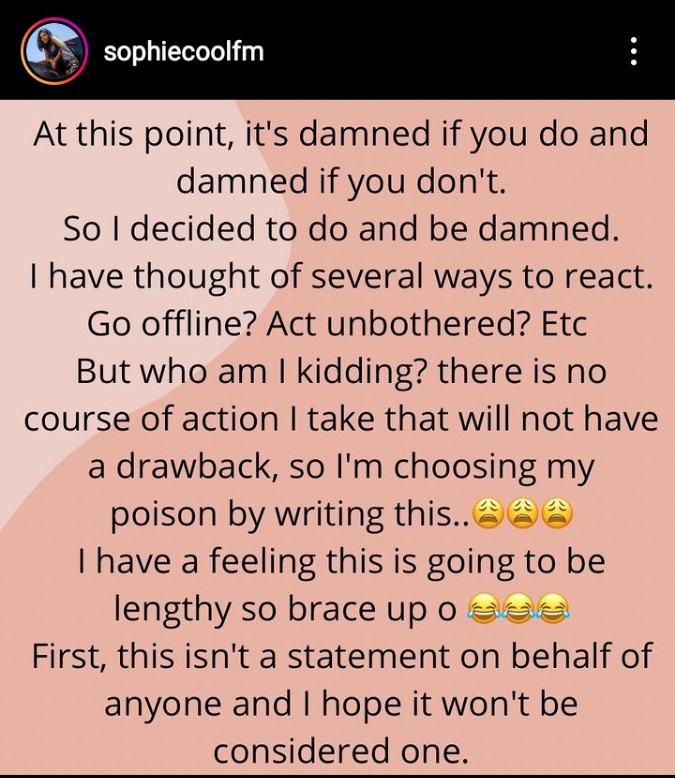 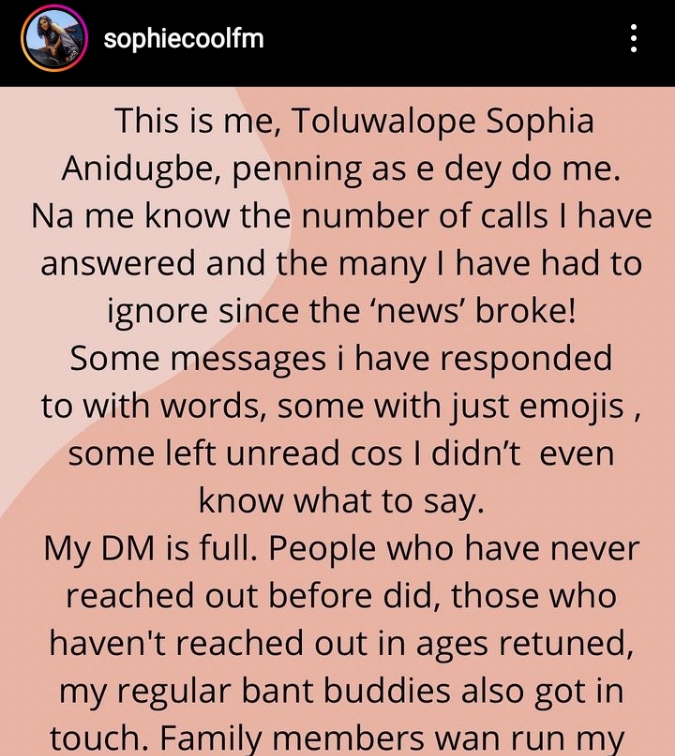 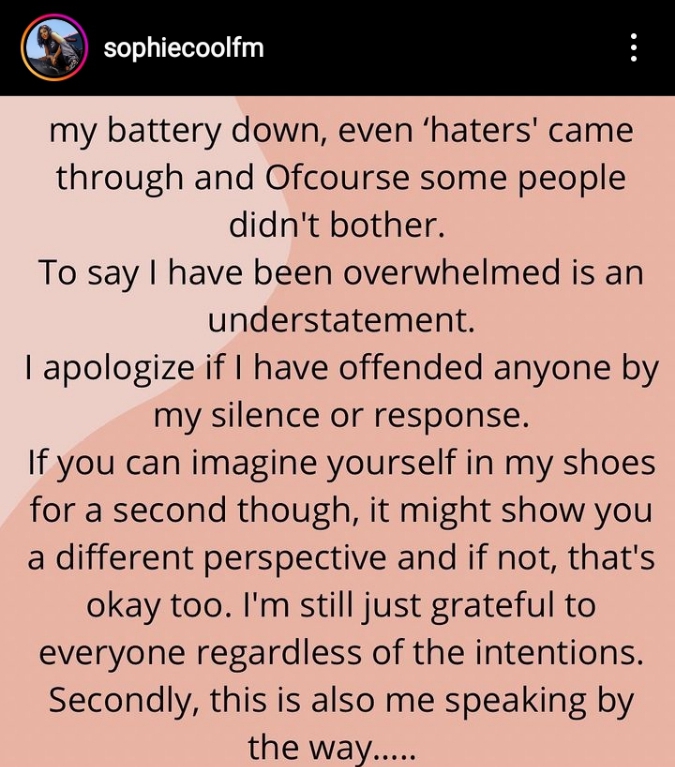 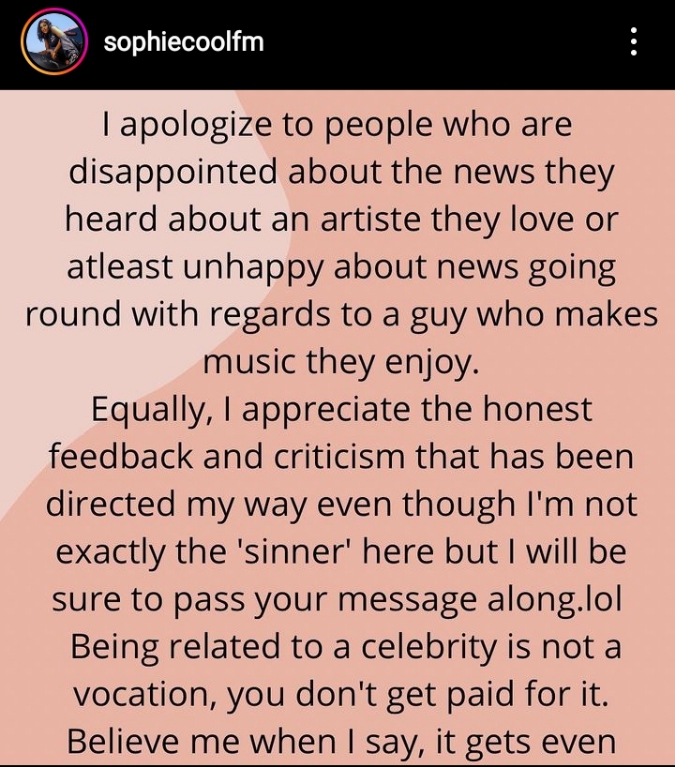 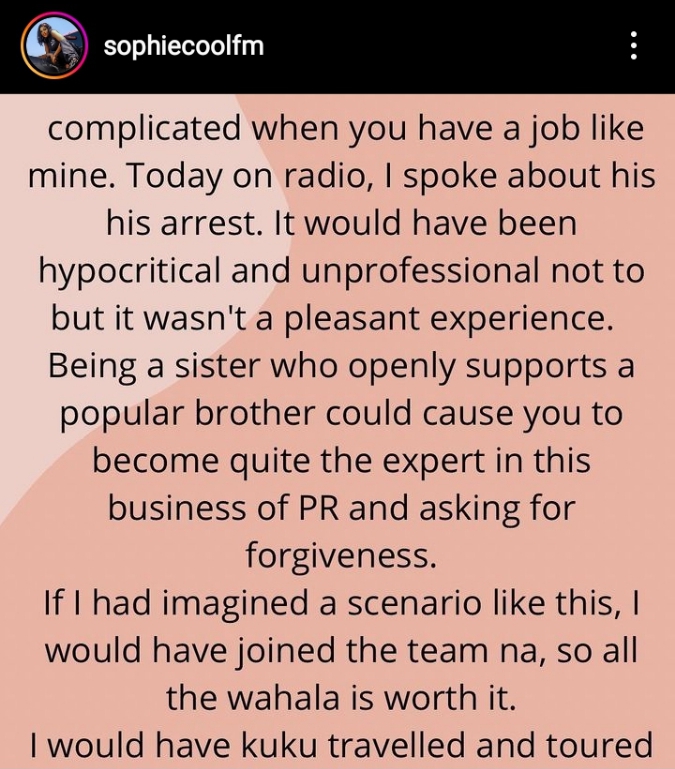 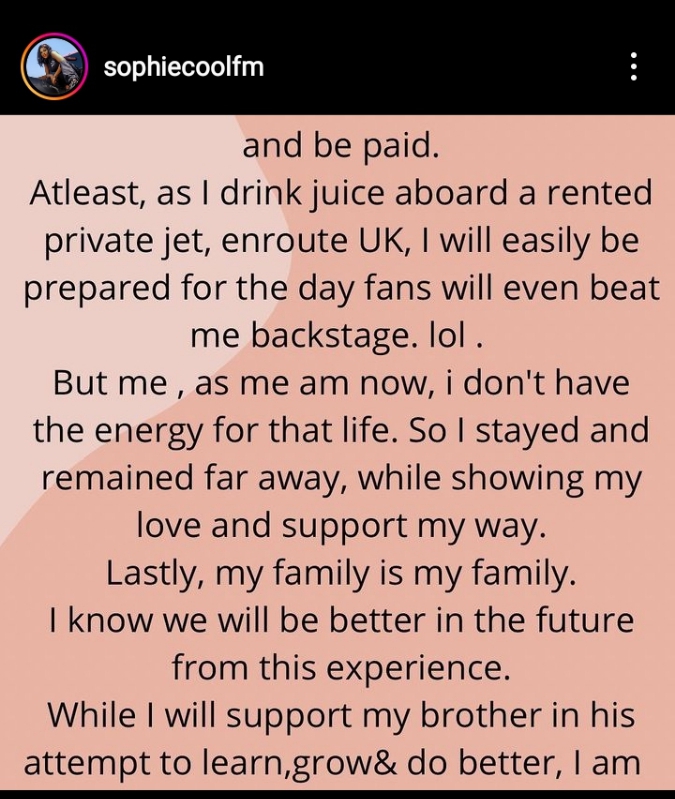 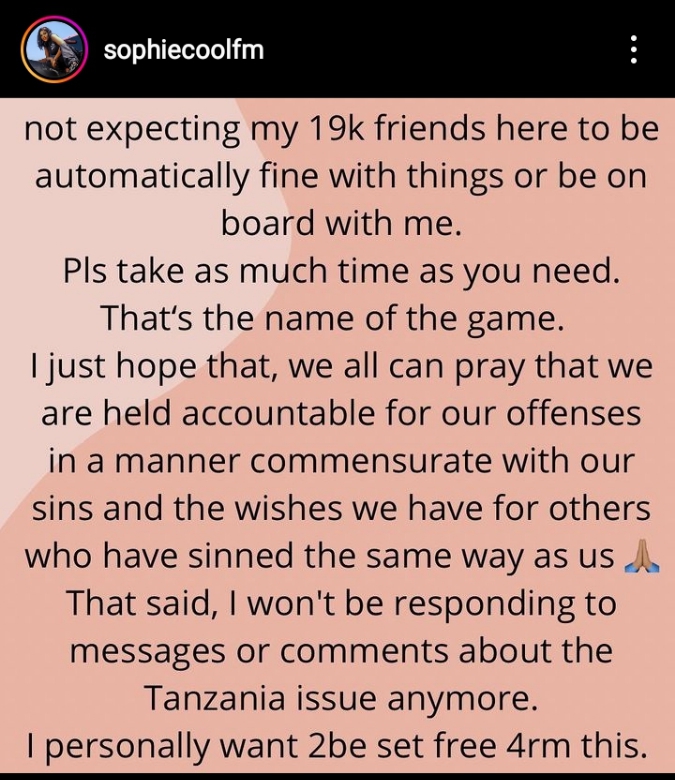 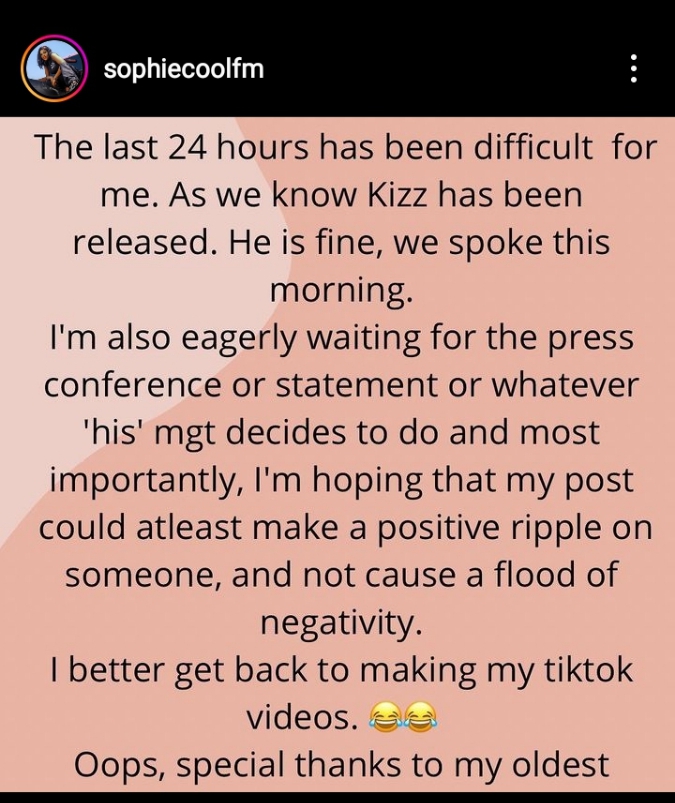 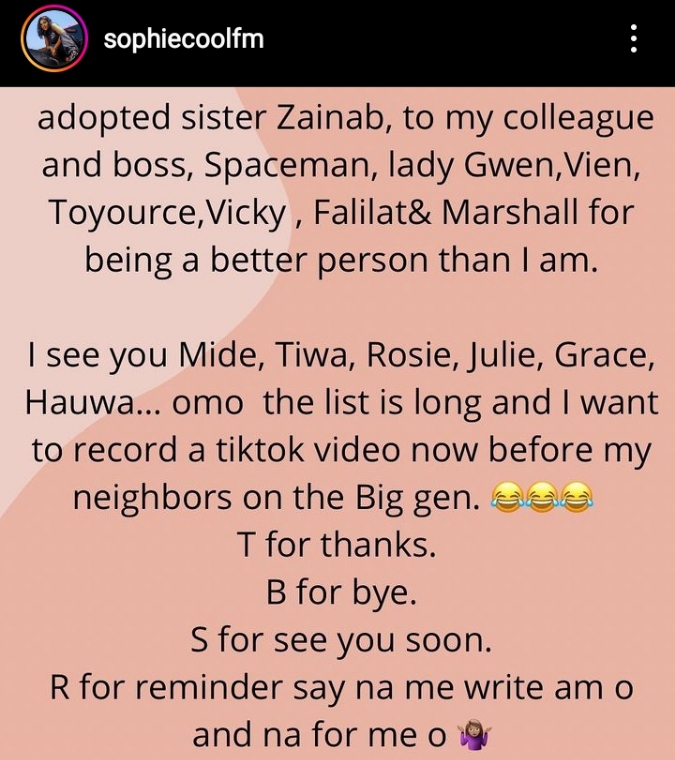