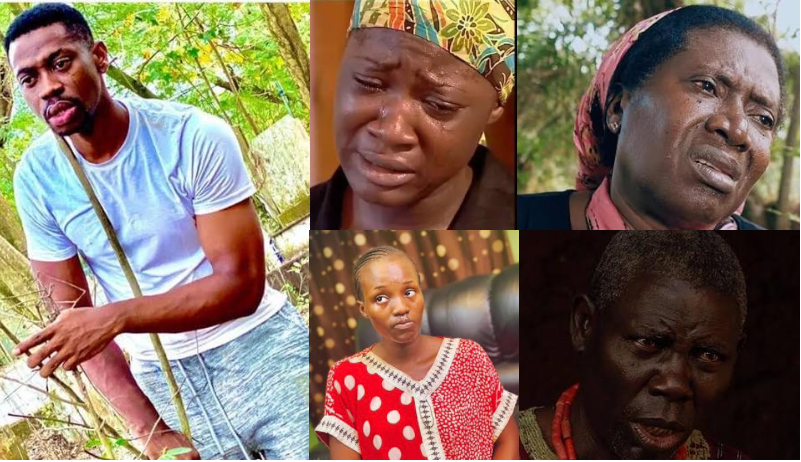 In movie industries all over the world, there are people known to fit well into certain roles. These set of people sometimes are either so used to those roles that they hardly play other roles while some others are so diverse they can fit perfectly into other roles. Nollywood is no exception to this.

While talking about those type of actors in Nollywood, we talk about the ones used to the gangster roles, the ritualist roles, the gateman/house help role, and many more like that.

On WN Picks, we look at these five talented actors who we have seen act in other areas but have one thing in common when it comes to acting.

In no particular order, these actors translate their roles in movies and are so invested in those roles that when it’s time to cry, they let the flood gate open so much that we pinch ourselves to not forget it is just a movie.

She is a Nollywood veteran who has been in the industry for over two decades. Her acting style is beautiful as she acts the role of mothers most of the time, and she is also known for starring in tragic and sad movies.

When Chinwe Owoh is in character, her tears in movies will move you to tears in real life.

She is the type that translates her role so well that you start to imagine that there are people out there in the real world going through the same ordeal she is going through in movies.

In 2001, when Mercy Johnson starred in ‘The Maid,’ we saw a different side of her acting talent. Being an actor that can be funny, attractive, mean, seeing her in a role that showed that emotional side of her was amazing.

When Mercy Johnson lets the tears start rolling, you will be moved to emphasize with her. She is one of those who knows how to add a special effect to their tears.

What is incredible about this talented actor is that we have seen him in character acting out different roles. Lateef Adedimeji has been a king, a tout, in corporate roles and seeing him in a cry baby role was touching.

He is the type of actor that does not force the tears. For him, the waterworks just starts to pour effortlessly.

One moment, he has a blank expression, the next you just see water rolling down from his eyes down his cheek. He is that good with it.

Have you ever watched a movie and ask yourself if the reason the actor in the movie translates the role so well is because they’ve gone through that ordeal in real life? That is Bukunmi Oluwasina acting tragic roles.

She makes suffering look so easy to act and both her facial expression and body language narrates what she is going through in movies.

In most of the tragic movies she’s acted, she killed the roles, letting the water roll when she needs, or letting her facial expression or body language do the work in other cases.

If there is a king of sadness roles in Nollywood, Tunbosun Odunsi gets the crown.

Sometimes we feel so bad for him because it seems like the writers of the movies just like to see his character suffer. In the beginning of the movies he has starred in, things go well for him in the beginning but always take a tragic turn, pulling him into an endless hole of sadness.

Tunbosun Odunsi is not the one to mimic tears in an acting role. He is the type that cries properly, with his running nose as proof that he is doing it for real.

Out of everyone on this list, he is the most pitiful when he acts in these roles, and only a very mean person would not sympathize with him when he starts to cry in movies.

Crying in movies is a big and delicate talent that not many have. It is regarded as such because it requires a certain level of emotional connection to the role. The actors on this WN Picks, however, make it look so easy and so, we are giving them their flowers.