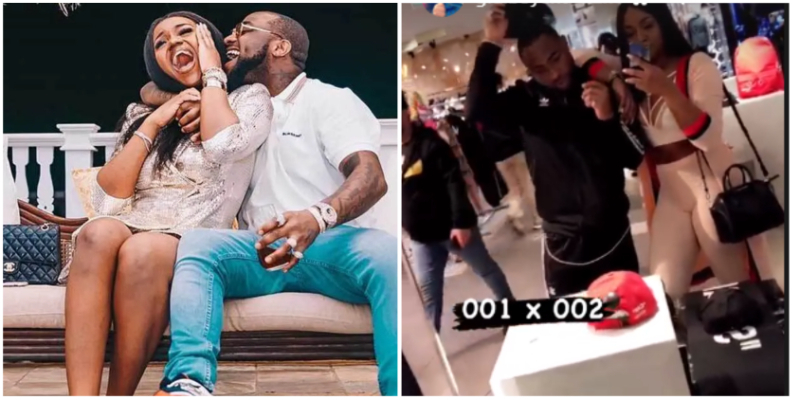 According to reports, the third baby mother of Nigerian artist Davido, Chioma Avril Rowland nicknamed Chef Chi, and the singer have rekindled their romance.

One of the singer’s aide identified as, Gidiboy, revealed this in an Instagram post that the former lovers had reconciled. He provided this clarification in response to claims that Davido had been seen with his purported son for the first time with UK-based cosmetics artist Larissa London.

Sharing a video of the two love birds in a store abroad he captioned it; ‘They are together‘.

This is coming days after Davido was spotted with his second son, Dawson in public for the first time in London today, August 7. The “father and son” are said to have attended a church service together as he exchanged pleasantries with people.

Before now, Davido has never publicly acknowledged or accepted the two-year-old.

Few hours after his public appearance with his son, the singer posted a photo of Chioma with the caption; ‘My gist partner’.