“You want war? I’ll give it to you” – Halima Abubakar drags Shan George and Apostle Suleman, leaks chat 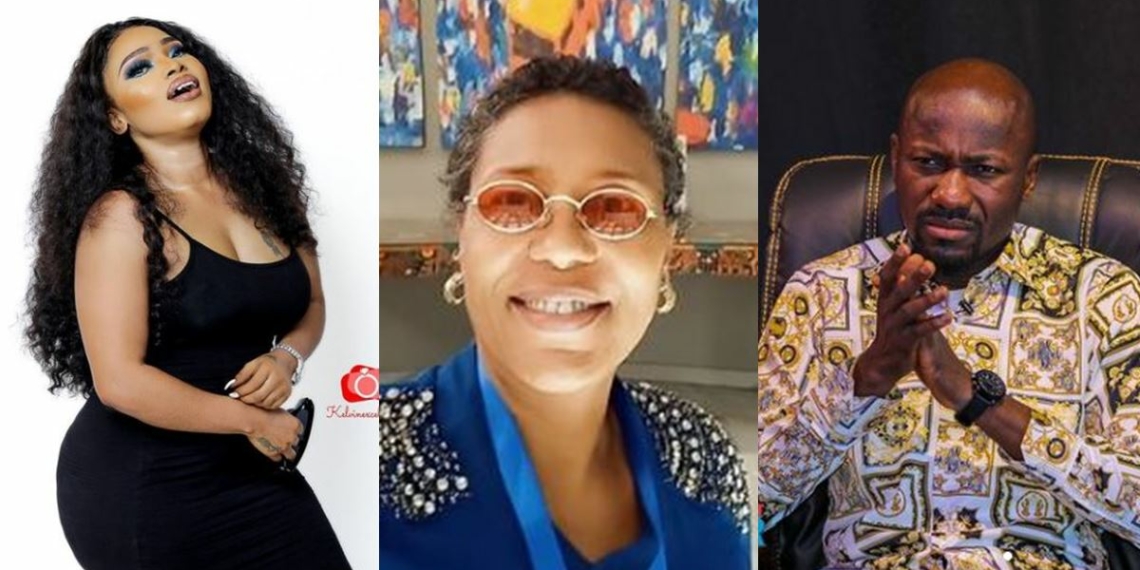 Popular Nollywood actress, Halima Abubakar bounces back on social media to resume the dragging of the embattled clergyman, Apostle Johnson Suleman, and her colleague, Shan George.

Recall that the actress had taken to social media to call out the pastor while claiming that she developed a strange ailment after they had carnal knowledge of each other. She had also extended her wrath to Shan George whom she accused of denying her amorous affair with the clergyman and tagged her as a traitor.

However, in a recent post on IG, Halima shared a screenshot of a chat alongside a disturbing message for Apostle Suleman and Shan George.

The thespian who thanked fans for their love and support during these trying times of hers promised to give war to Suleman and Shan George respectively.

GOD BLESS YOU ALL TILL INFINITY🙏🏻YOUR CARE AND LOVE IS OVERWHELMING ..I WILL SEE YOU SOON..GOD IS GOOD.

PLS BECAREFUL WITH FRIENDS&CO WORKERS.THEY LOVE NO ONE.I USE TO CALL HER MAMI👵🏻 WHY YOU STILL FFING ME?

THANK GOD I NEVER TOOK ANY THING FROM YOU.

SHAN YOU SAID I HAD CANCER 4 YEARS AGO,OF WHICH YOU DENIED AND APOLOGIZE .DID I TELL YOU ,I DONT KNOW WHR MY PROBLEM IS FROM? YOU CALLING ME NAMES AGAIN.

JOHNSON YOU WANT WAR? I WILL GIVE YOU WAR.TRY AND BRING MY PAGE DOWN.E GO SHOCK YOU.

AM NOT ONE OF YOUR CHILDREN..I HAVE A SURNAME 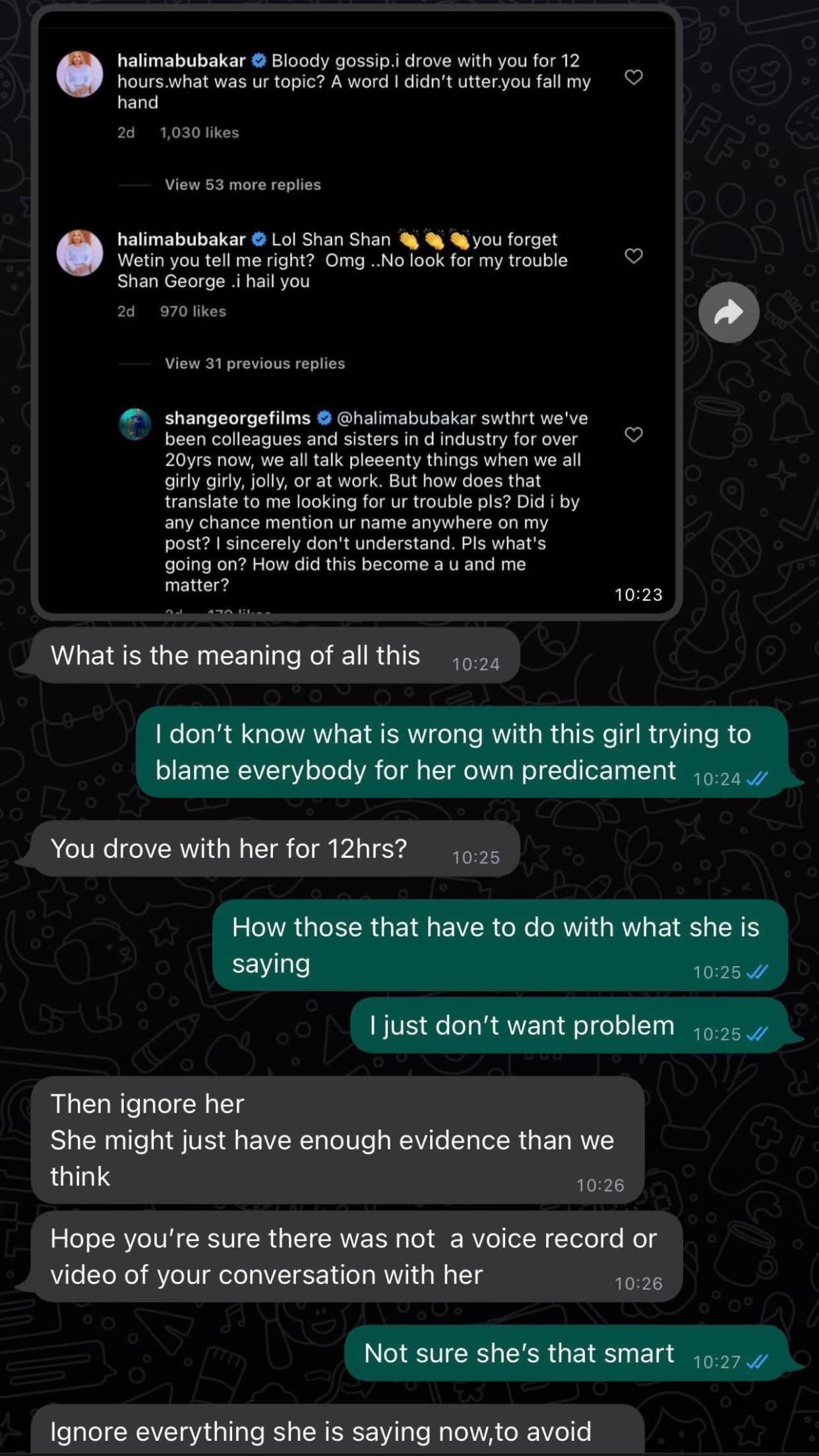 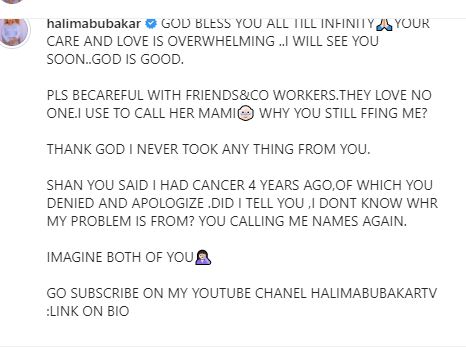