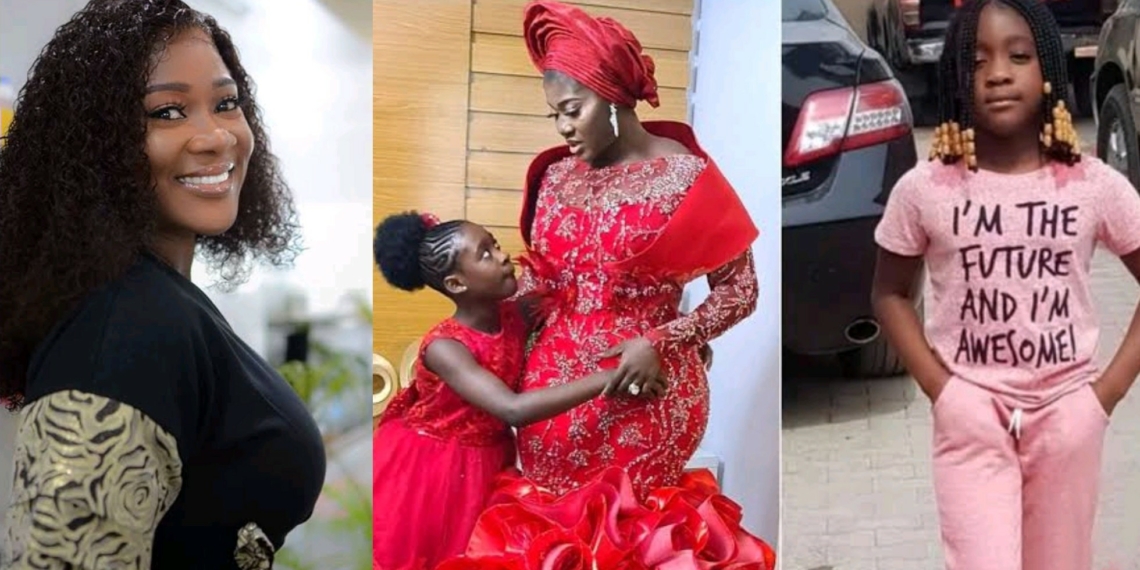 Award-winning Nigerian Actress, Mercy Johnson-Okojie, opened up about her daughter’s curiosity as she revealed why she can no longer act unclad or do romantic scenes.

When Mercy Johnson first got into Nollywood, she was a force to reckon with and her ability to take on any role no matter how scandalous, endeared her to many people.

Times have change and it appears the talented actress is no longer as daring as she used to be as.

In an interview with Goldmyne tv, Mercy talked about growing up and how motherhood has changed her worldview. In retrospect, the 38-year-old actress noted that she regrets some of her decisions in the past.

The movie star further revealed that her daughter, presumable the eldest, Purity, gets her curiousity poked by running google search queries about her.

“When I do that, what would the younger girls do? When you grow past a certain level, you try to go ahead and do better. For me, you don’t need people to tell you what’s right or wrong

“Age is telling on me. I’ve grown past that level, I’m answerable to too many people: my husband and my kids. I hate to embarrass them in any way. My daughter is growing.

“She gets hold of my phone sometimes, begins to google, and goes like, ‘Mum, my friends said…’ And they’re very inquisitive.

“I don’t think it’s (playing nude scenes) something I want to do to make my kids question me in any way or have something in their mind that they want to ask and they can’t.

“My sense of maturity is better, my judgments are better. Some of the errors I made in the past are things that I wouldn’t do now. Some choices I made back then I wouldn’t make now.”

The actress met her husband, Prince Okojie, 11 years ago on a flight to France. They got married on August 27, 2011 and are blessed with four beautiful kids.