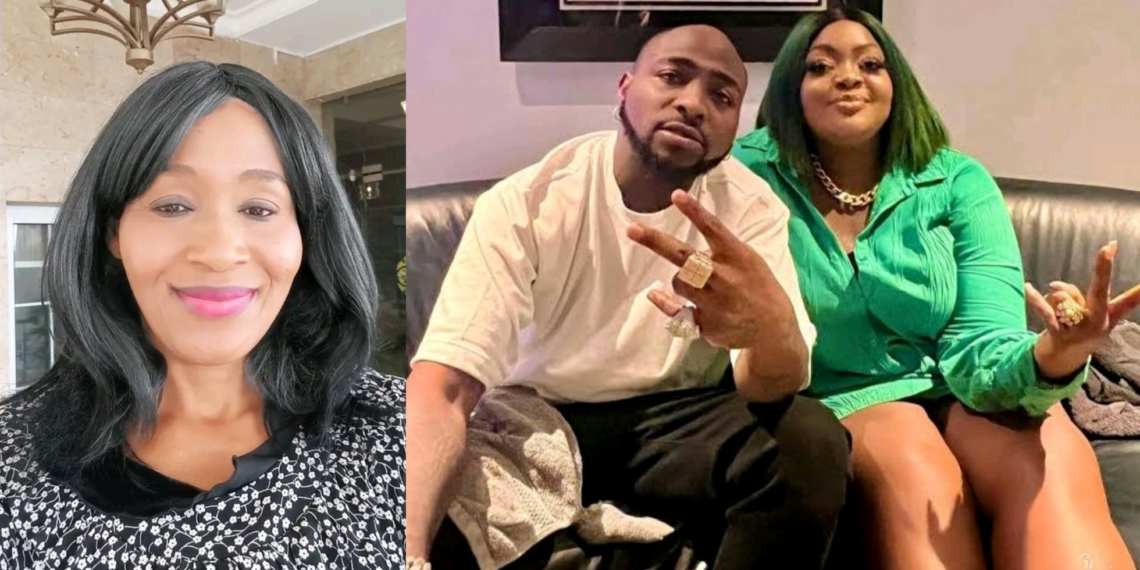 Just recently, a vlogger, in a viral video, reported that Ifeanyi’s nanny confessed to the police during interrogation and fingered Eniola as the person who distracted her.

The actress reportedly called the nanny on her mobile phone and she stepped aside, leaving Ifeanyi to receive her call. Being that her attention was taken away from the 3-year-old boy, he wandered off and found himself at the pool.

Recall, that Eniola was the first person to break the sad news about Ifeanyi’s drowning on social media. After she allegedly learnt what happened from the Nanny, she immediately went online to post about the sad event.

Reacting to the speculations, Kemi Olunloyo took to her social media page, tagged the reports as ‘fake’.

“Eniola Badmus is not in police custody for calling Davido’s nanny leaving Ifeanyi wondering away after taking the phone call. She was never arrested. God punish you liars” 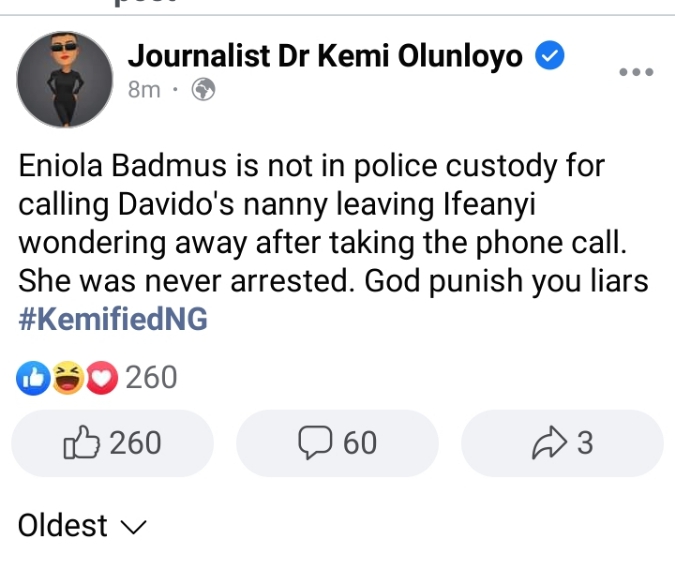