Nollywood actress, Mercy Johnson has revealed some facts about her colleague Funke Akindele as an actor and her directing skills in the latter’s upcoming film Battle on Buka Street.

The movie Battle on Buka Street is a story about two women who found themselves at loggerheads when they set up a food business on the same street causing commotion and rivalry between their families.

Granting an interview about the movie in a recent video on Instagram, Mercy described Funke who directed the movie, as a creative director and top-notch actor who brings out the best in people.

“Funke Akindele Bello was an actor now also directing her project and other projects.

I always say when an actor becomes a director is a plus for any actor she is directing because, for somebody like her who is top-notch when it comes to acting when she gives her creativity as a director and prowess as an actor it sums up those things and imbibes it into you as an actor in her film you can imagine what you come out with, you come out with exploits so it’s always a plus working with people like her directing me.”

In response to Mercy’s statement in an Instagram post on Tuesday, November 29, Funke thanked Mercy for being professional in her craft.

Mercy Johnson who played Awele, described her character as a grumpy person who complains about everything around her.

She said: “My character is a very grumpy character, she is a very upset woman who is unhappy with where she is in life and complains about virtually everything around her. I like the fact that Awele lives her truth and says her truth.”

“Dec 16th is about to be lit& Her Excellency @funkejenifaakindele Oga Nla. Can’t wait for this Gbas Gbos”

The movie will be released in the cinema on December 16. 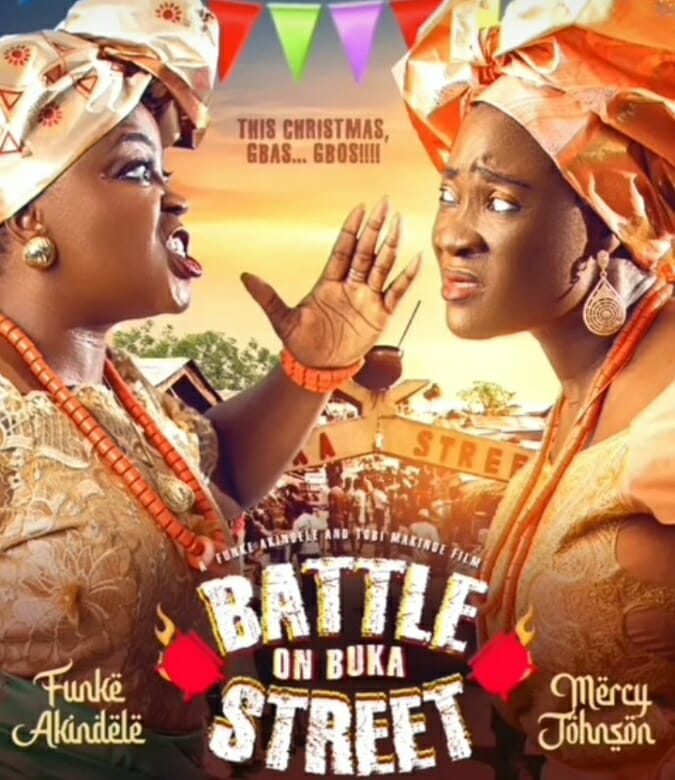 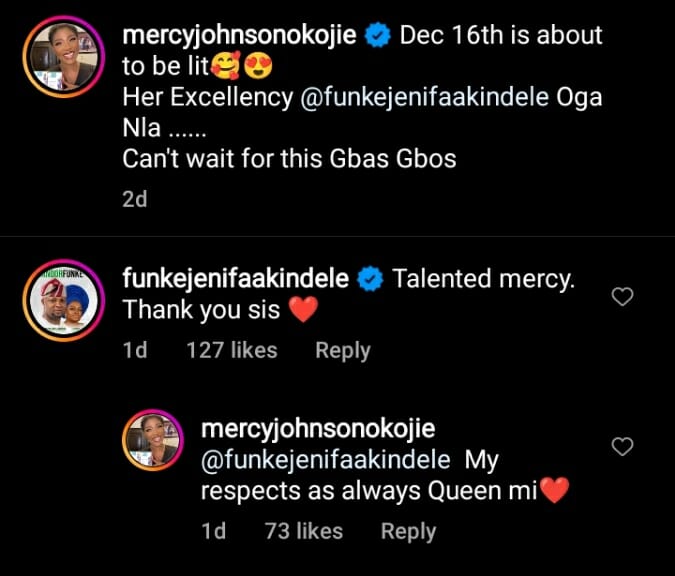