Fast-rising Nigerian singer Berri Tiga has disclosed how he was treated at the Davido Fans’ concert while performing his song, Machala.

The hit single ‘Machala’ is a praise rendition of Afrobeat superstar Wizkid, who is also regarded as Davido’s biggest rival in the Nigerian music industry.

Taking to his Twitter page, Berri Tiga, shared a video of himself performing the Machala song, and the 30BG audience at the concert sang along dutifully.

However, captioning the video, he wrote; 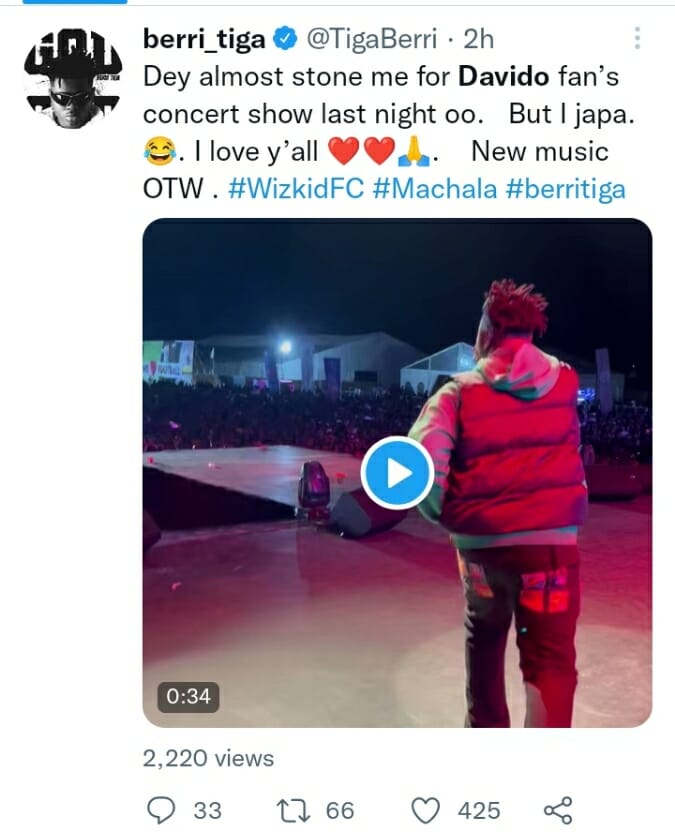 Reports and reactions on social media had it that the singer was shunned while on stage for singing his collaborative hit song, Machala. 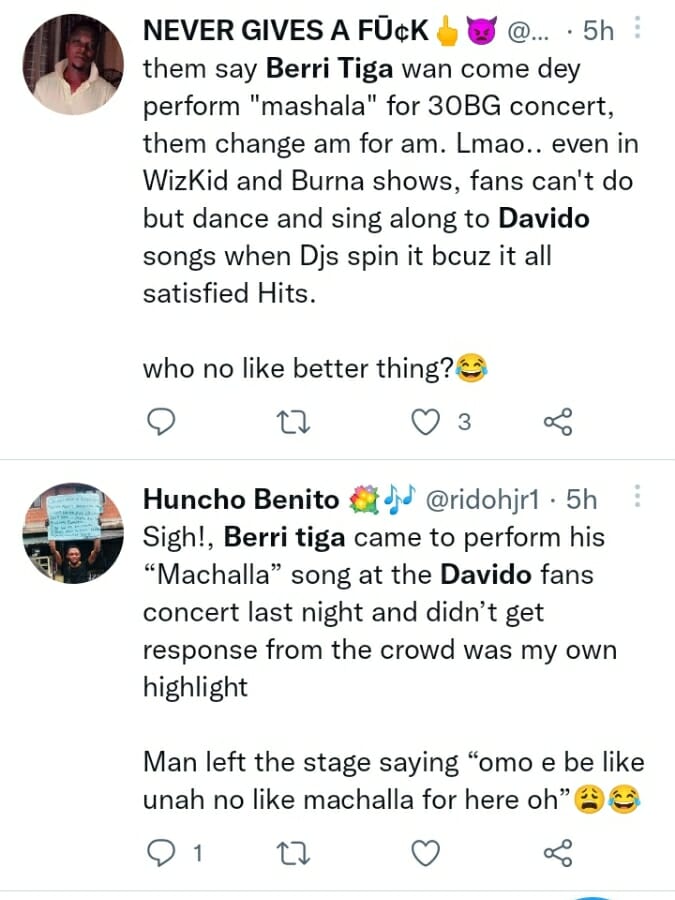