Popular actor Yul Edochie, in a recent statement, has tackled a popular blog for meddling in his marital affair, following his dad Pete Edochie’s interview on marriage to Judy Austin.

Veteran thespian, Pete Edochie recently opened up on how he felt when his son took a second wife.

The seasoned actor, while speaking in a recent interview with Vanguard, stated that he didn’t feel good about his son’s decision since he is a Christian.

The report didn’t seem to sit well with Yul who took to the comment section to question Linda’s ‘lingering’ report on his 2nd marriage.

Yul pointed out that there were other trending issues the blog should focus on, cited the latest trend of Actress ‘Uche Ogbodo and Wizkid’ saga as an example.

“My matter still dey ground? Una wan use my own spoil other people own. Allow Wizkid and Uche Ogbodo to trend in peace naa. This is their time.” 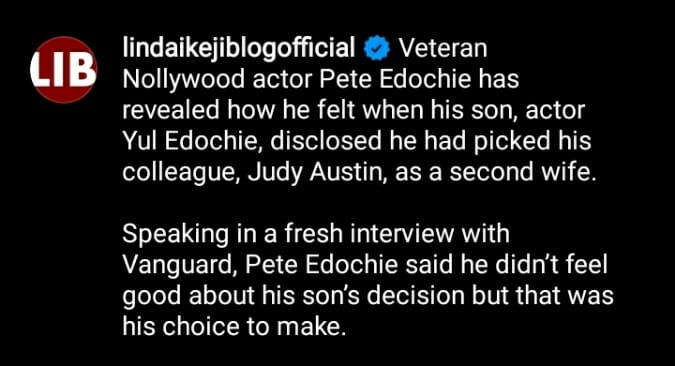 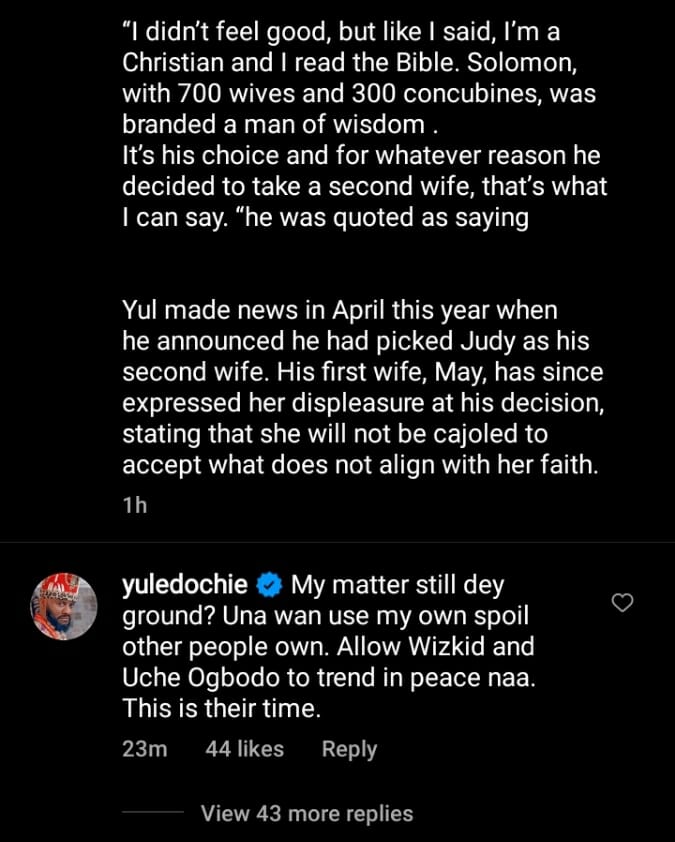