Tiwa thought it was a fan: Reactions as Singer expresses disbelief after rocking Patoranking on stage —VIDEO

A trending clip of Nigerian music superstars Patoranking and Tiwa Savage on stage at a concert has stirred reactions among internet users.

The ‘Somebody’s son’ hitmaker was part of the array of music stars invited to perform at Lekki Phase 1, Coliseum hotel for the 20th year anniversary of Rory Thunder.

In the video, while Tiwa Savage was performing energetically and cheering the audience, Patoranking was brought on stage and the DJ switched the sound to a song by the duo dubbed, Girlie ‘O’.

The mother of one, who was obviously carried away at the first didn’t recognize Patoranking who moved towards her and gave her a lap dance.  By extension, Tiwa Savage gave him an encouraging countenance thinking it was a fan or someone else.

The ‘Abule’ crooner was handed the microphone on the stage, then decided to sing along with her and Tiwa Savage for a moment looked back and found out that it was Patoranking.

In excitement and disbelief, she moved closer to Singer and they hugged each other.

The clip triggered mixed reactions among netizens, many questioned the singer for dishing out her flirty moves without knowing the person she was rocking on stage.

Other internet users further hailed Tiwa Savage for being real as they noted that it shows the singer doesn’t discriminate. 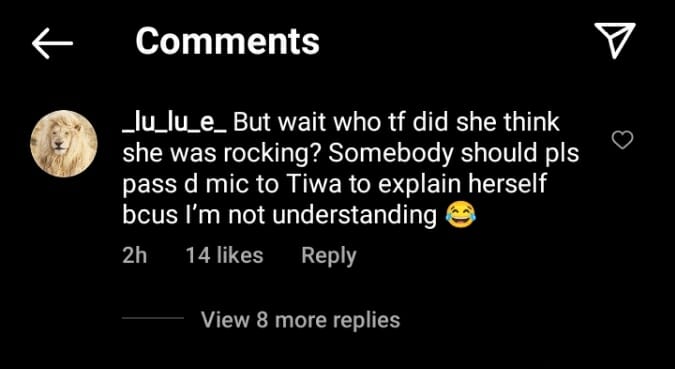 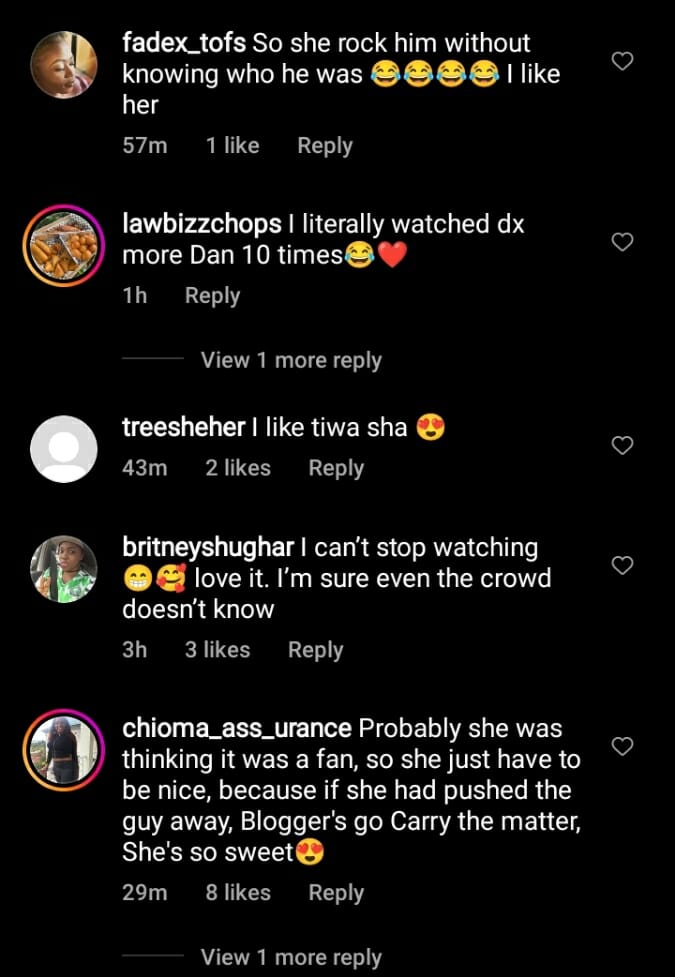