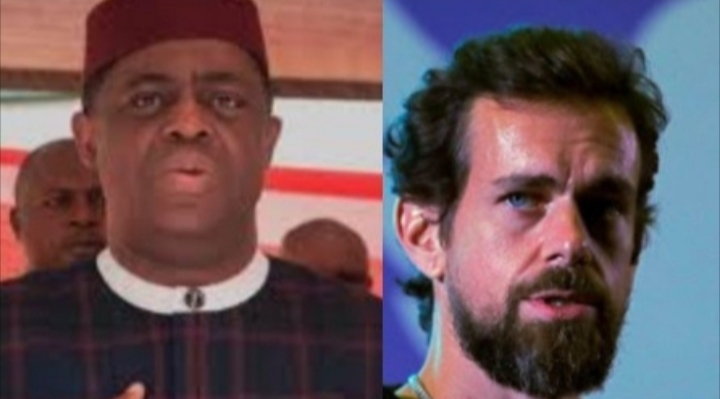 FFK to Twitter CEO, Dorsey: Banning Trump was sadistic and showed your pathological hatred for him

This is coming as a reaction to Jack Dorsey’s post in the early hours of today via his Handle, tweeting that he did not celebrate or take pride in banning US President, Donald Trump from the app.

from Twitter, or how we got here. After a clear warning we’d take this action, we made a decision with the best information we had based on threats to physical safety both on and off Twitter. Was this correct?

I believe this was the right decision for Twitter. We faced an extraordinary and untenable circumstance, forcing us to focus all of our actions on public safety. Offline harm as a result of online speech is demonstrably real, and what drives our policy and enforcement above all.”

Reacting to Dorsey’s explanation, FFK asked the tech expert to stop kidding himself.

According to FFK, Dorsey took great pride in banning the US President from the app.

”Stop kidding yourself. You took great pride & pleasure in doing what u did. It was sadistic & it reflected ur pathological hatred for Trump & those on the right. You shut out an alternative voice & u sought to silence a great man. It was a betrayal of trust & an abuse of power!” he tweeted.