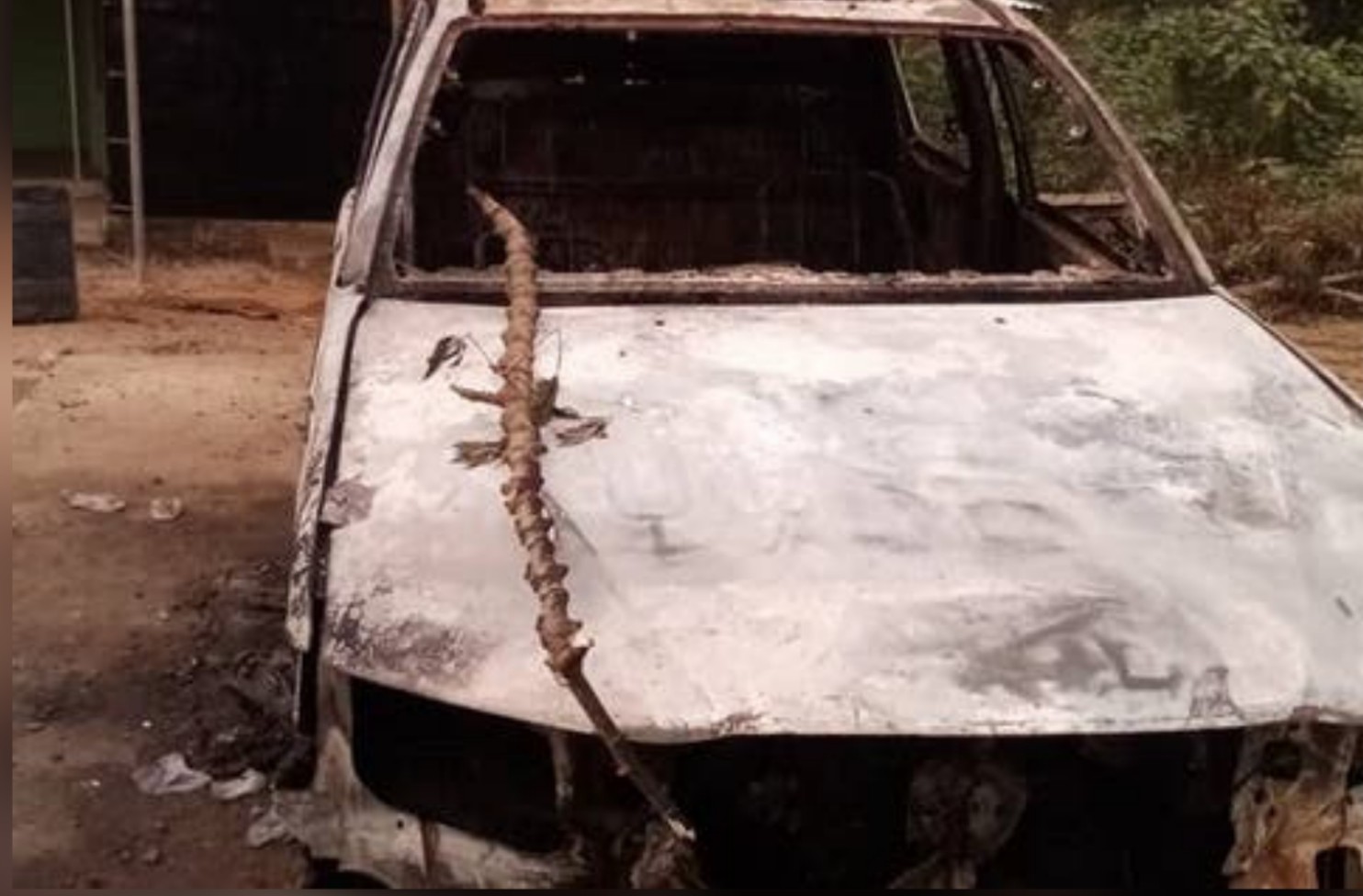 Gunmen suspected to be cultists have attacked a checkpoint manned by a Police detachment of the Quick Response Squad (QRS) in Akwa Ibom, killing one Police Inspector, while others escaped after sound of bullets.

It was learnt that the incident occurred in the early hours of Monday at Ikpe Annang junction in Essien Udim Local Government Area.

Sources in the community described the attack as a reprisal, saying that the hoodlums on motorcycles swooped on the checkpoint, launched guns attacks on the officers, who fled randomly, leaving the Police Inspector inside the van.

“The attack we believe is a reprisal case because Police operatives have been terrorising hoodlums, armed robbers and other categories of criminals in the neighbouring Local Government Areas of Essien Udim, Ikot Ekpene and Obot Akara.

“When the other Policemen escaped, the gunmen set the Hilux van on fire with the Policeman inside and perhaps, he must still have been sleeping when the armed men suddenly launched the attack,” a source disclosed.

Confirming the incident, the Police Public Relations Officer (PPRO), Mr Odiko Macdon, a Police Superintendent (SP), confirmed the incident, assuring that swift investigation had since been ordered by the Commissioner of Police (CP), Mr Amiengheme Andrew.

According to him “The Command has confirmed the news of the unfortunate incident at Ikpe Annang junction, which led to the death of one of our personnel.

“While the CP is saddened by this development and condoles with the deceased’s family, he has ordered a discreet investigation and vowed to bring perpetrators to book.”