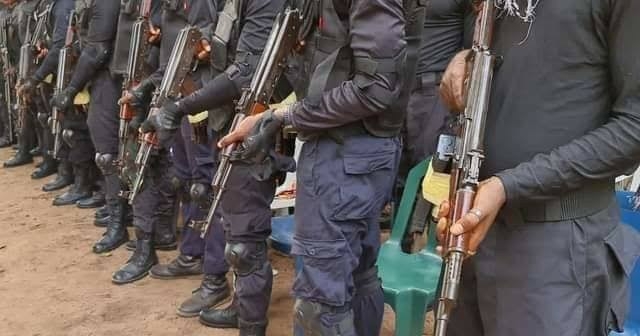 Nine (9) operatives of the Eastern Security Network linked to the proscribed Indigenous People of Biafra (IPOB) have been remanded in Owerri Correctional Centre.

It was learnt that the suspects were arraigned by the police for murder last week at Magistrate Court 16, Owerri.

The suspects were arrested at various locations in the Orlu Local Government Area of the state.

Biafran insignia, among other items were recovered from the suspects.

A source at the Correctional Centre disclosed that the police belt and face mask recovered are linked to the policemen killed in the Orlu axis of the state on Christmas Eve and January 25.