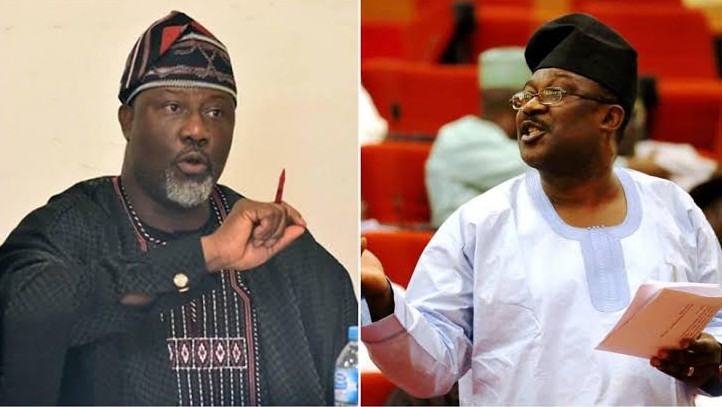 WITHIN NIGERIA recall that Adeyemi had called Governor Ikpeazu a Champagne drinking governor.

The lawmaker, who made the remark while contributing to a motion on the Safe School Initiative in Nigeria on the floor of the Senate, had said Abia State was being governed by drunkards.

Adeyemi said while some governors were committed to the welfare and protection of their people, Abia was ravaging in poverty.

He had said: “In some states where we have highly intelligent people, highly educated people, very enterprising people, like Abia, they are governed by drunkards. The governor of Abia is a champagne drinking man.

In a tweet, Melaye wrote: “It is shocking that a diabolical father of a known drug addict who even went to a rehabilitation centre will call the decent Governor of Abia State names. I apologise unbehalf of this blood thirsty senator.”