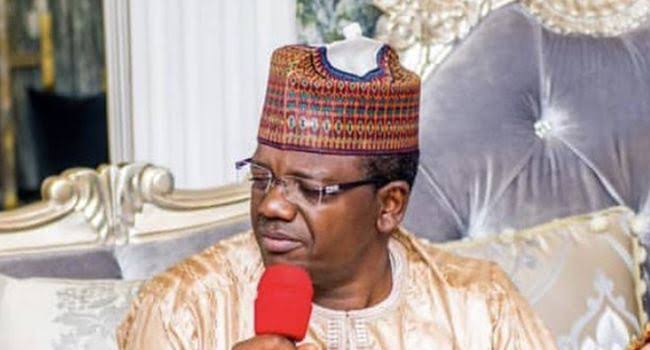 Zamfara state government on Friday, ordered the immediate closure of all boarding secondary schools in the state following the abduction of 317 female students in Talata Mafara Local Government Area.

Governor Bello Matawalle gave the directive in a special state broadcast on the abduction of the students at Government Girls Secondary School, Jangebe, saying it is a trying moment for the state.

“I wish to assure everyone that we are wholly committed to ensuring a speedy rescue of our dear schoolgirls and reuniting them with their families,” the governor said.

He said police helicopters and other search and rescue operatives have been deployed to the area where the abducted girls are believed to be, adding that members of the public, and most especially the parents and guardians of the students, would be kept informed of developments in the efforts to rescue them.

“As we are making efforts to strengthen security around our schools, I have directed the immediate closure of all boarding secondary schools across the state.

“Despite this seeming setback, my administration will ever remain focused on its strategy of disarmament. A single bullet in the hands of the non-state rogue elements could result in severe harm to the innocent.

“My dear good people of Zamfara State, this is not a moment to trade blames. The recent twist in the spate of banditry brings to the fore the need for the adoption of a uniform strategy across all the affected states.

“We can only defeat this formidable challenge through a united response. Politics or any other difference should not stand in the way of the fight against insecurity.

“I appeal to the people of the state to remain calm and resist the evil machinations of those who would want to exploit the current situation to achieve political ends. Insha Allah, with our collective resolve, we would emerge out of this situation stronger.

“I also call on people to be more security conscious and report any suspicious individuals or activities to the relevant authorities.

“At this trying moment, it is most appropriate for all men and women of good conscience to extend emotional support to the families of the abducted girls.

“While we remain appreciative of the efforts by the Federal Government in the fight against banditry and other criminal activities in the State, I wish to appeal for more support towards combating this challenge, most especially with the new trend the challenge is assuming.

“May Almighty Allah give us success in the mission of rescuing our schoolgirls and defeating the security challenges confronting our state, the governor said.