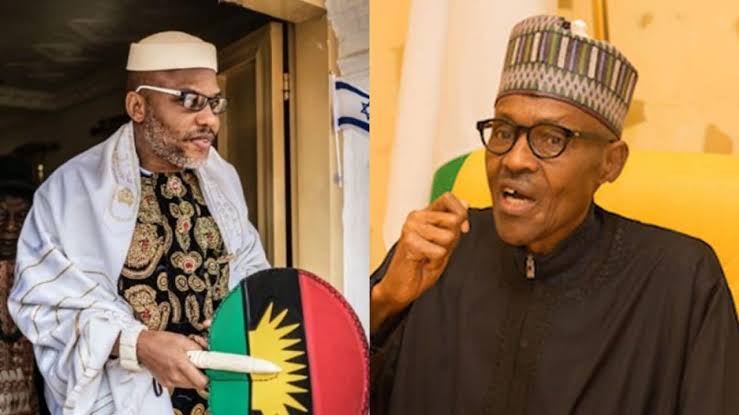 WITHIN NIGERIA had reported that there was violence on Friday afternoon after Nigerian soldiers, Police officers, operatives of Department of State Security (DSS) attempted to arrest popular Yoruba warlord, Sunday Igboho on the Ibadan – Lagos Expressway.

Speaking on the incident, IPOB leader, Nnamdi Kanu via his official Twitter handle warned that Sunday Igboho should not be touched.

“I condemn in totality the pathetic attempt to arrest Sunday Igboho earlier today.

“This is yet another deliberate act of provocation by the Fulani Caliphate. No #Fulani mass murderer, Miyetti Allah or bandit is under arrest. Nigeria is on the brink! Igboho should not be touched,” he warned.