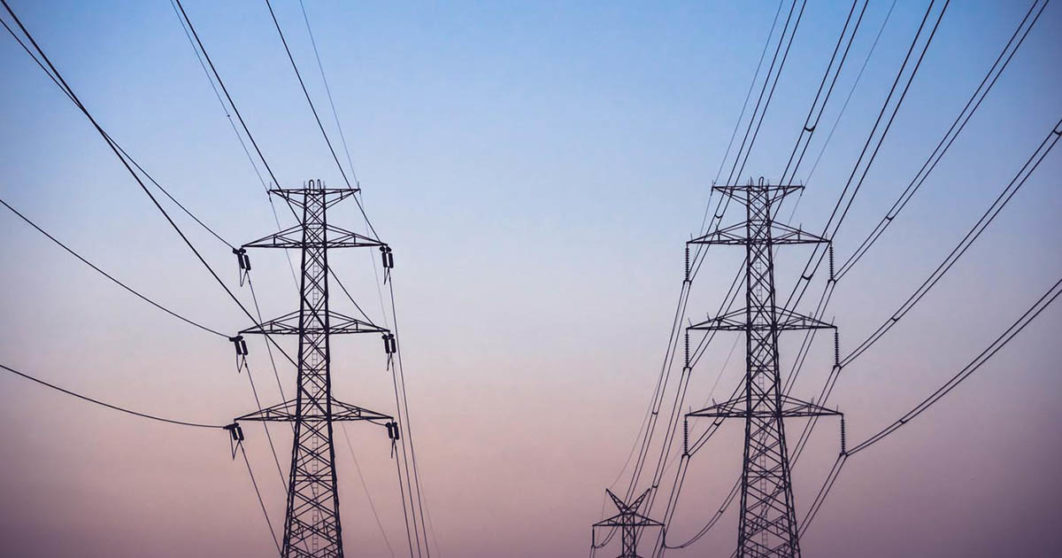 Kaduna Electric said it has withdrawn electricity services from three communities in Kaduna State over assault meted out on its staff while conducting their lawful official duties.

Abdulazeez Abdullahi, the company’s Head of Corporate Communications, disclosed this on Saturday, in a petition to the State Commissioner of Police, Umar Musa-Muri,

Abdullahi said the assault, which took place on Feb. 22, at Danbushiya Community, Millennium City, Kaduna, was carried out by an armed group which caused injuries to the company’s Doka Area Manager, Engr. Asmau Ahmed.

“While the company staff were carrying out lawful official duties within the community, a well armed group of thugs and miscreants assaulted our company staff . The leader of the thugs, who was holding a shut gun, threatened to shoot our Doka Area Manager and any staff who enters the community,” the statement says.

“He then struck our Doka Area Manager with the butt of the gun on the back of her neck and on her shoulder thereby causing her severe grievous harm and injury. The thugs, thereafter, instigated a violent mob attack against the company staff by throwing stones and other missiles and eventually chased them out of the community.”

Kaduna Electric said because of the incident, it was compelled to temporarily withdraw electricity services to the three distribution transformers serving Danbushiya, Danbushiya 1, and Danbushiya 3 communities.

It urged the Police Commissioner to commence urgent investigations into the matter and fish out all the perpetrators for prosecution, while also seeking adequate protection and guaranteed safety of its staff while carrying out their duties. 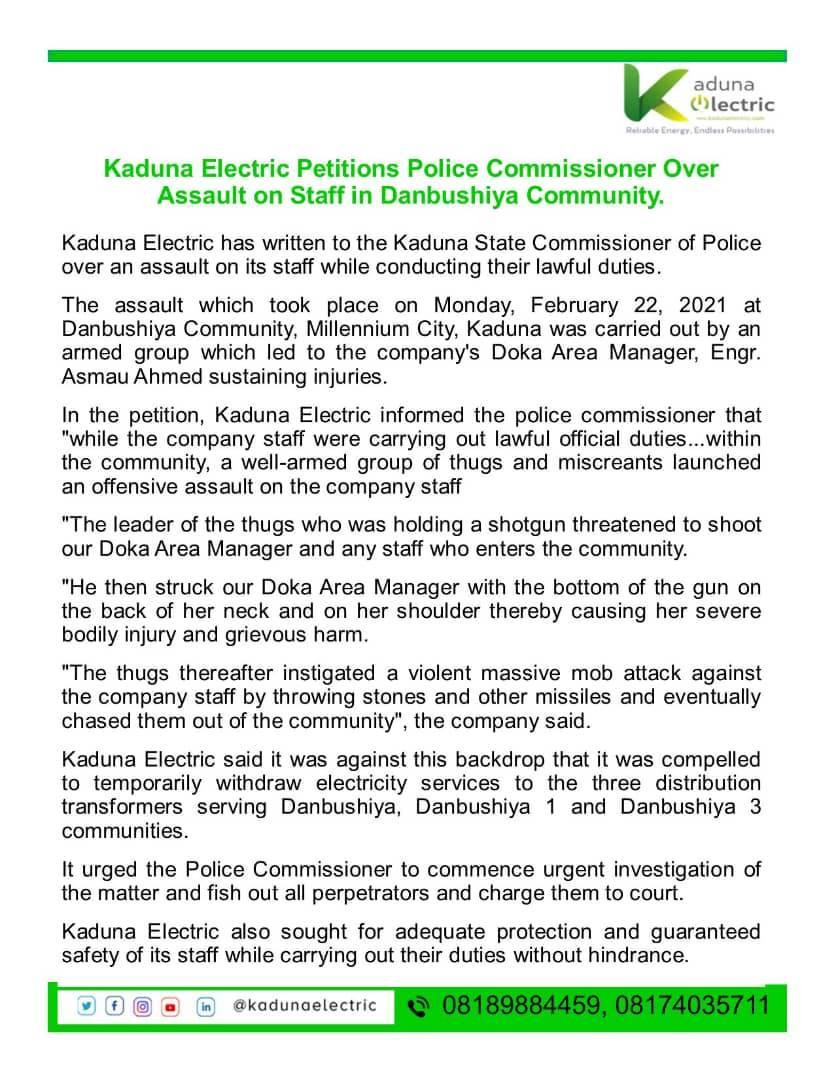