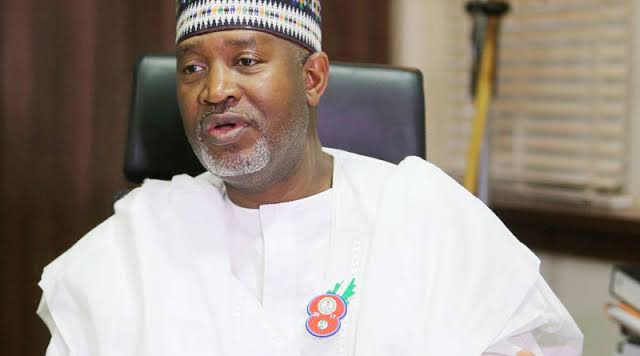 According to the federal government, those abducting pupils might be doing so to embarrass the government.

Some of the arrangements include partnerships with sub-national governments, locals in vulnerable communities, intelligence gathering, better equipment, weapons for, and training/retraining of security personnel.

This was stated by the Minister of Aviation Hadi Sirika after a meeting with President Muhammadu Buhari in Abuja, to brief him on his visit to Zamfara.

Sirika led a delegation to the state on Sunday in the wake of the abduction of more than 300 girls from Government Girls’ Science Secondary School (GGSSS), Jangebe.

Sirika told reporters: “Those who do not mean well for the country, can try to do it (abduction) to embarrass the government. It’s a possibility, but President Muhammadu Buhari has done everything possible to ensure safe schools.”

The Federal Government also yesterday urged the Nigerian Security and Civil Defence Corps (NSCDC) to immediately develop a robust scheme for the protection of schools.

Minister of Interior Rauf Aregbesola, gave the charge in Abuja after he decorated Ahmed Abubakar Audi as the new Commandant- General of the NSCDC.

“Children are a specially protected social category. They are innocent and at the same time vulnerable. They are as vulnerable to external circumstances as to their wiles”, the minister said.

Also yesterday, Special Adviser to the President on Media and Publicity, Femi Adesina, said agencies in charge of relating with abductors of school pupils will disclose it, if ransom is paid.

Speaking on Channels, Adesina said: “It is easy to say negotiations and dialogue should not be done, but to the President, each situation is taken according to its peculiarities…

Minister of Women Affairs, Pauline Tallen, said the incessant cases of abduction of pupils are a set-back in the gains made in advancing girl-child education in the country.

Tallen spoke at a news conference in commemoration of the 2021 International Women’s Day (IWD) and Zero Discrimination Day celebration in Abuja. She said available statistics between 2014 when the Chibok girls were kidnapped and now shows that 1,157 pupils have been kidnapped.

According to UNICEF Representative in Nigeria, Peter Hawkins, “children should feel safe at home and school at all times – and parents should not need to worry for the safety of their children when they send them off to school in the morning.”

The Peace Corps of Nigeria (PCN) also weighed in, advising the Federal Government to urgently come up with policies towards securing institutions of learning from further attacks by bandits.

In Lagos, the Police Command said it had reinforced surveillance on schools in the state to ensure the safety of pupils.

Police Commissioner Hakeem Odumosu said this was essential following the abduction of school children by criminals in parts of the country.