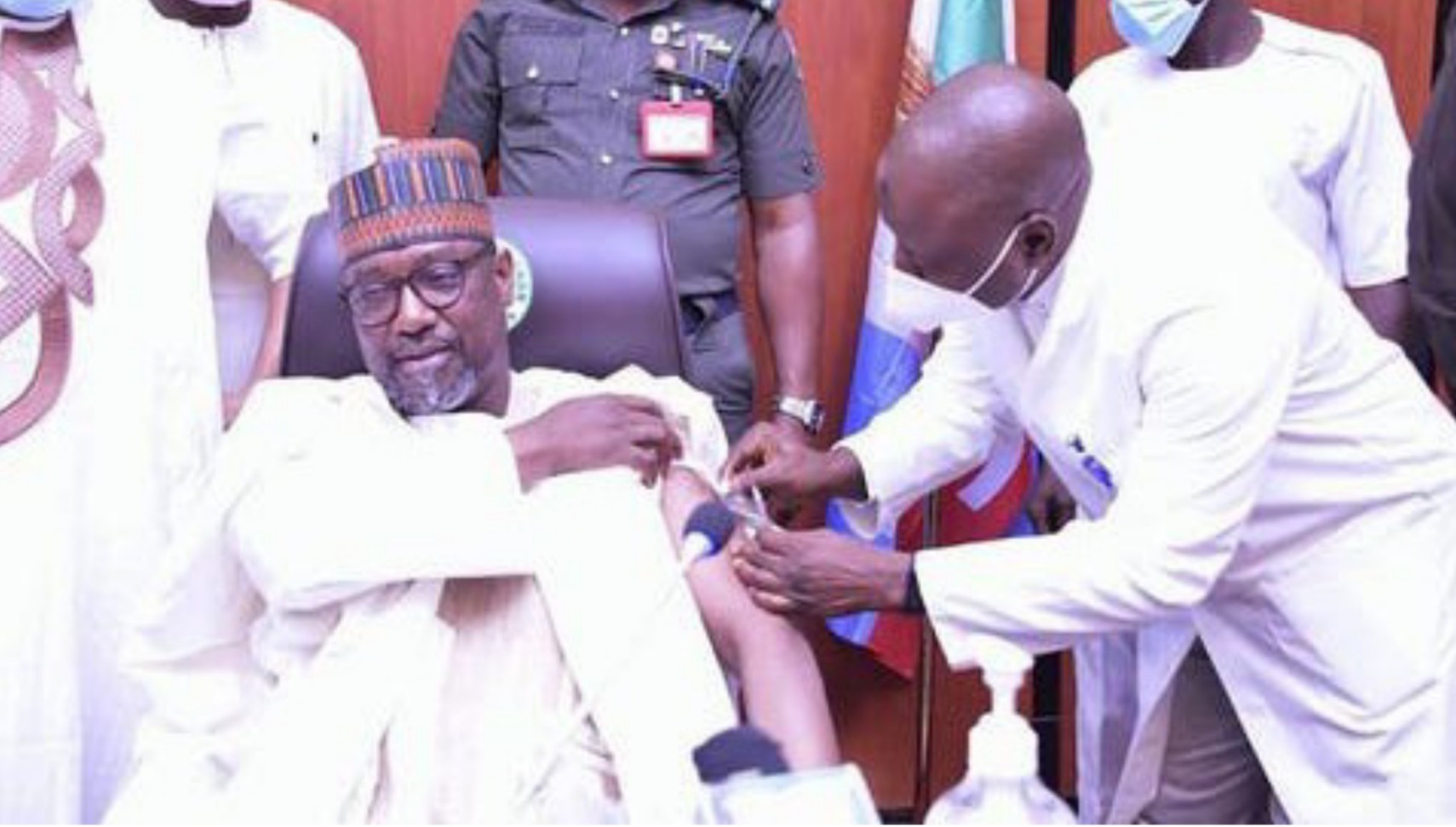 Niger State Governor, Alhaji Abubakar Sani Bello, has flagged off the COVID-19 vaccination in the state as he received the Oxford AstraZenece vaccine.

The vaccine was administered on the Governor by his personal Physician, Dr Shehu Ahmed, at the Government House, Minna.

Also vaccinated were members of the State Executive Council during the official flag-off of the exercise, at the Government House, Minna, Niger State capital.

He said it was necessary to get vaccinated even though some concerns have been raised by some persons in the public, adding that the state government was doing everything possible to fight the COVID-19 pandemic.

“We all need it, once it is done, we will be able to convince Nigerlites that it is safe,” he said.

The Governor, however, directed that any council member that refuses to get vaccinated should be barred from council meetings subsequently.

He thereby applauded the State Primary Healthcare for standing up to the occasion especially in the fight against the deadly virus.

Earlier, Commissioner for Health and Hospital Services, Dr Muhammad Makusidi, said that the state received 74,110 doses of Oxford-AstraZeneca vaccines, estimated at one per cent of the state population.

Makusidi explained that the vaccine was safe and efficacious as it had gone through scientific and clinical trials.

He said that those in the frontline could be the priority while calling on the public to get vaccinated and shun fake news about the vaccine and the virus.

The commissioner said that 10, 613 have been tested for COVID-19 in the state with over 900 positive cases reported, while only one person is on admission at present.