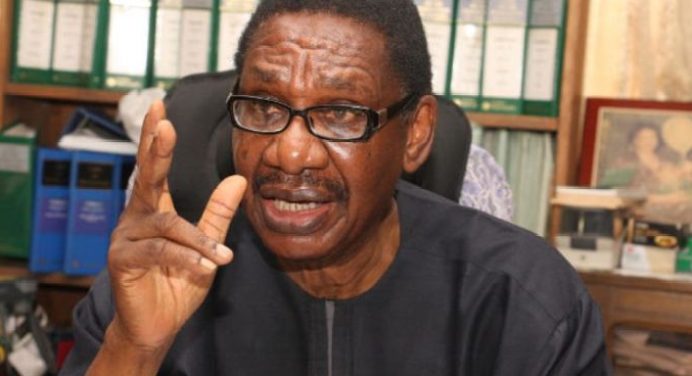 The Chairman, Presidential Advisory Committee Against Corruption, Prof. Itse Sagay (SAN), said the Federal Government plan to use the £4.2m James Ibori loot for Lagos-Ibadan expressway and other projects outside Delta state is unacceptable.

Sagay stated this on Wednesday during an interview with The PUNCH.

He advised the Federal Government to use the loot to fund projects in Delta State since the money involved was looted from Delta state account when Ibori was governor of the state.

“I think they may want to rely on this. However, that law is void because a law cannot be based on transferring the assets belonging to one person to another. My advice is for the federal government to ask the Delta state government to nominate projects they want to undertake and then money would be released for the projects.

“The Ibori money being used for Lagos-Ibadan expressway and others is unacceptable. You cannot use money from Delta State to fix projects in other places. The Federal Government can also use the money to fund its many projects in Delta State like the Benin-Warri road and many others.”