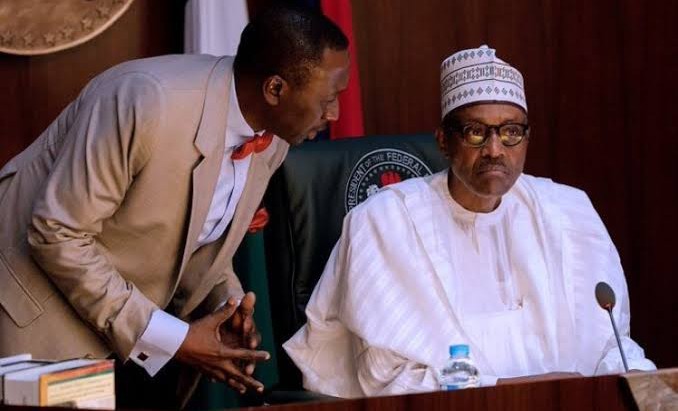 Insecurity: FG rules out use of mercenaries, dialogue with Bandits

The Federal Government yesterday ruled out engaging mercenaries to assist Nigeria in the fight against insurgency, which has continued for more than a decade.

It also vowed to come out in full force to fight insurgency in the country, saying it could no longer tolerate blackmail in any guise.

The government made the position following repeated calls by governors of the North-East states, led by Borno State governor, Professor Babagana Zulum, the Peoples Democratic Party, PDP, and other stakeholders that mercenaries be engaged to help defeat terrorists.

Addressing journalists at the weekly presidential media briefing at the Council Chamber of State House, Abuja, yesterday, National Security Adviser, Major-General Babagana Monguno, retd, who said the current service chiefs will deploy all necessary force to deal with terrorists and bandits operating in the country, also said dialogue with them suggests weakness and incapacity on the part of government.

“This is basically a presidential directive. And there are so many issues when you come to the issue of mercenaries. It has to do with the issue of national pride also. I know you’d say can pride be more of a concern than our security? I do understand that.

“But what we are looking at here is that we have the resources, it’s just misapplication or under-utilisation that has affected our ability to deal with these people.”

The NSA said the government will not succumb to blackmail and the use of criminals by proxies to harass innocent citizens.

“While government is not averse to talking with these entities, it also has to fully apply its weight. You can’t (negotiate) with people who are unreliable and who will continue to hurt society. We will apply the full weight of government to deal with these criminals.

“These are not people looking for anything that is genuine or legitimate, they’re just out to take calculated measures to inflict pain and violence on innocent people. We must deal with them the way they need to be dealt with. We will fully assert the government’s will.

“We are also focusing on the associated dimensions of banditry and terrorism: Illegal drugs, the flow of small arms and light weapons, and illegal mining in places like Zamfara. These are some of the scenarios fueling the violence and we are already tackling them decisively.

“Government wants to use military assets to eliminate them but if along the line, they come out, good. It paints the picture of weakness, incapacity,’’ he added.

The NSA also disclosed that between March and December 2020, the military successfully took out 2,403 insurgents in the North East.

On why the government was silent on Ahmad Gumi, an Islamic cleric, who had been calling on government to grant insurgents amnesty, Monguno said he met and interacted with him briefly in Kaduna at the zonal town hall meeting with service chiefs but noted that he was still waiting for the cleric to come forth as he promised to help.

He said: “Sheikh Gumi is doing what he’s doing because he believes in what he’s doing. He’s a Nigerian and under the constitution, he can talk to anybody. He can deal with anybody.

“I met with him when I went with the service chiefs to Kaduna, and we spoke generally during the meeting and he resolved to help government. We are waiting for him. That’s all I can say.”

He also said the recent changes made by President Buhari to the security architecture “gives us a ray of hope that things will be adjusted, so that whatever we do regarding securing Nigeria will be in conformity with the aspirations of the people.’’

On external support, the NSA said: “There’s a Regional Intelligence Fusion Unit, comprising US, UK, France, working with us and our neighbours. They’ve been supporting us with intelligence. For us, what’s most important is acting on the intelligence—that’s why we’re investing in equipment and assets.”

On the new service chiefs, Monguno said: “The new direction of government is to come out with full force. Government will not allow itself to be blackmailed by any group or individual who thinks he can hide under the surface and use proxies to deal a fatal blow on innocent people.

“I want to assure you categorically and unequivocally that government is going to apply full weight to deal with these criminals until such a time that they vacate the shores of this country.

“In dealing with this issue, government realizes the need for tangential, auxiliary organizations to key into both the issue of drugs coming in and smuggling of arms and light weapons.

“As a result of what I said about delivering maximum force — the weight of our security organizations does that obviate the need for us to use soft approach? We are ready to dialogue with these people but for us, it’s not a priority.

“We can’t be singing the same song everyday and these people are unreliable. They are ignoble, they are ready to undermine whatever agreement we have had, so, because of that, if the opportunity avails itself, of course, we will talk with responsible people from the side of those people.

“These are just a murderous group of individuals who are hooked up on drugs and I don’t know why anybody wants to negotiate with these people.

“The people who have been negotiating with them in the first place, don’t you think they should actually, if there is that sincerity of purpose, talk with the right people in government? So, for negotiations, it is there, we would see what happens if it happens.”