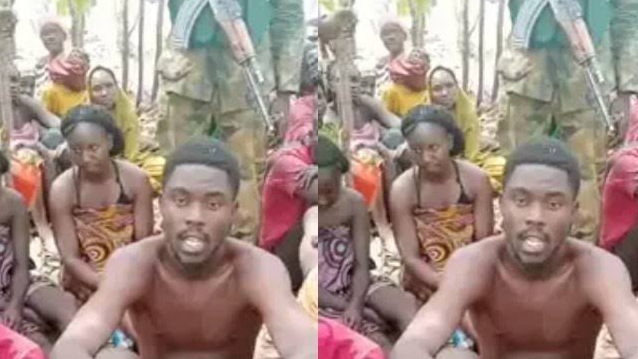 Three videos showing 39 students abducted from the Federal College of Forestry Mechanisation in Afaka, Igabi Local Government Area of Kaduna appealing to the state government to facilitate their release have been released by gunmen suspected to be bandits.

WITHIN NIGERIA learnt that the suspected armed bandits who abducted the students reportedly demanded the sum of N500 million to release the victims.

Recall that WITHIN NIGERIA had reported how gunmen suspected to be bandits broke into the school on Thursday night and abducted some students.

It was also learnt that the gunmen released three videos showing the abducted students surrounded by gunmen in military uniform and flogging them.

These videos were uploaded to social media using the Facebook accounts of the abducted students.

The bandits also displayed their arsenal of weapons in the video in a show of strength, threatening to eliminate their hostages if the government fails to pay the ransom or tries to secure their release by force.

“My name is Abubakar Yakubu. A student of Federal College of Forestry Mechanisation Kaduna. I am appealing to the Governor of Kaduna State, the state government and the Federal government,” one of them said in the videos.

How my neighbour kidnapped, killed my 8-year-old daughter after paying…

Another abducted student appealed to the Nigerian government to come to their rescue by paying the N500 million demanded by their abductors.

She stated: “Please, we need your help; they are asking for N500 million.”