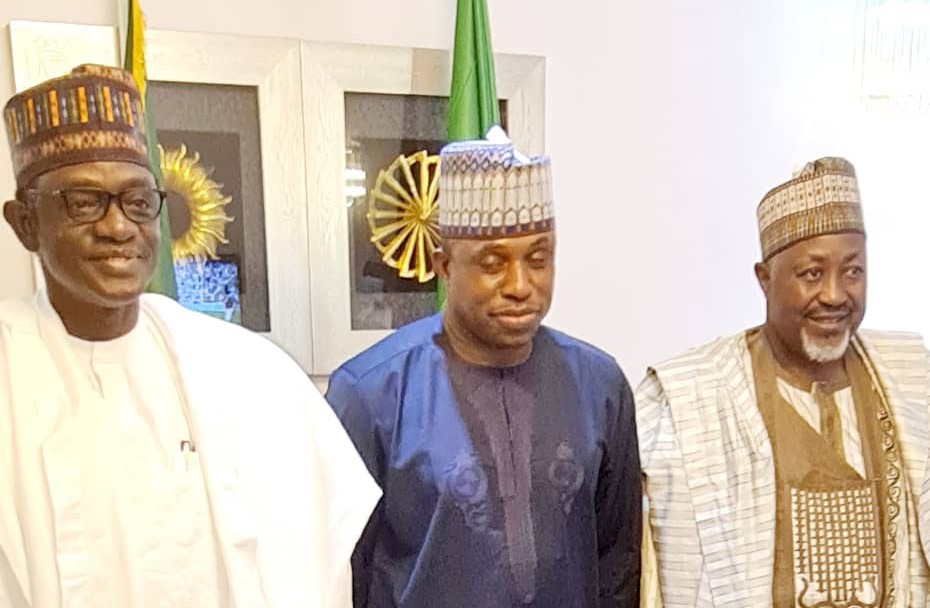 The former Speaker met with the duo of Yobe State governor and Chairman of the Caretaker Committee, Mallam Mai Mala Buni and his Jigawa State counterpart, Abubakar Badaru.

The meeting, which took place at the APC chairman’s residence in Abuja, lasted for about an hour.

A statement signed by Mamman Mohammed Director General, Press and Media Affairs to the Yobe State governor disclosed that “the three leaders discussed on a wide range of political issues including the movement of the former Speaker and his supporters into the party.

“It is evident that APC’s opportunities in Ogun State are growing and widening.

“It would be recalled that former Governor of Ogun state, Otunba Gbenga Daniel who was also former Director-General of PDP’s Atiku Abubakar Presidential campaign organization has recently joined the party.”

National chairman of the ADP, Yabagi Sani while confirming the development said the party was not disappointed by Bankole’s move.

Sani said “That’s a typical Nigerian politician for you. They don’t believe in a building but sharing. I thought with his age and experience, he will show a good example. His step is most unfortunate but we aren’t disappointed.”