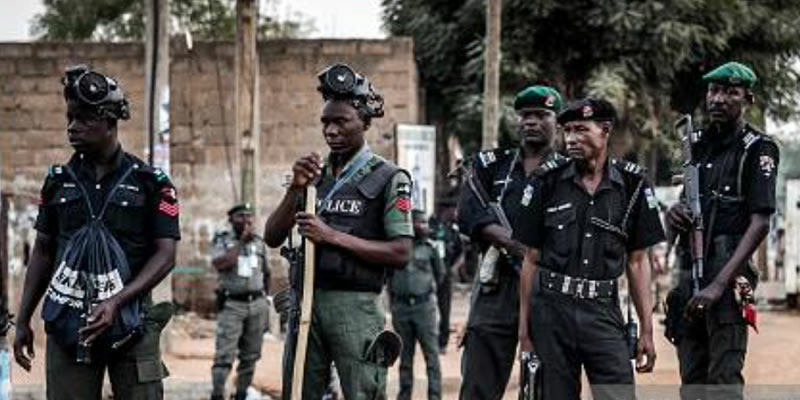 Gunmen have killed a 35-year-old Inspector during an attack on police officers at Naborodo safer highway Patrol Axis along the Bauchi-Jos road.

The Inspector and one other person was also killed during the attack.

This was disclosed in a statement by the Public Relations Officer of Bauchi State Police Command, Ahmed Wakil on Sunday night, adding that the incident happened on Saturday.

Wakil said the civilian was shot by a stray bullet and was rushed to the Abubakar Tafawa Balewa University Teaching Hospital, Bauchi where he later died.

“Bauchi state command regret to announce that on Saturday 14th of March 2021, at about 9.30pm an attack was unleashed at the Naborodo safer high way Patrol Axis of the Bauchi State Police Command, on police officers patrolling Bauchi – Jos road, by unknown armed men.

“The incidence which was indeed a very unfortunate one and resulted in the death of a Police officer, Inspector Mukhtar Ibrahim, Male, (35) who was shot dead by the assailant and one Uba Samaila, Civilian, Male (33) a resident of Naborodo town, who was hit by a stray bullet, but later died at the Abubakar Tafawa Balewa Teaching Hospital (ATBH) while receiving treatment,” he said.

According to him, the police was able the recover the Service rifle of the deceased with beach NO.32486 and that the corpses of the victims have been released to the families for burial according to Islamic right.

The Police Spokesman said that more patrol teams have been deployed to the area, adding that “so far, calm has been restored in the area and citizens can go about their normal businesses without let or hindrance.”

Wakil said “The Bauchi State Police Commissioner, CP Sylvester Alabi, regrets the ugly incidence and has condoled with the bereaved family over the irreplaceable loss. He has also ordered a full-scale investigation of the matter.

“The Bauchi State Police Command would therefore not relent on this, it will dig deep into the matter and find a lasting solution to this security breach.

“Our resilience as enforcers of the law has been tested by these criminals, but our resolve remains firm and resolute in fishing them out and serving justice adequately.”