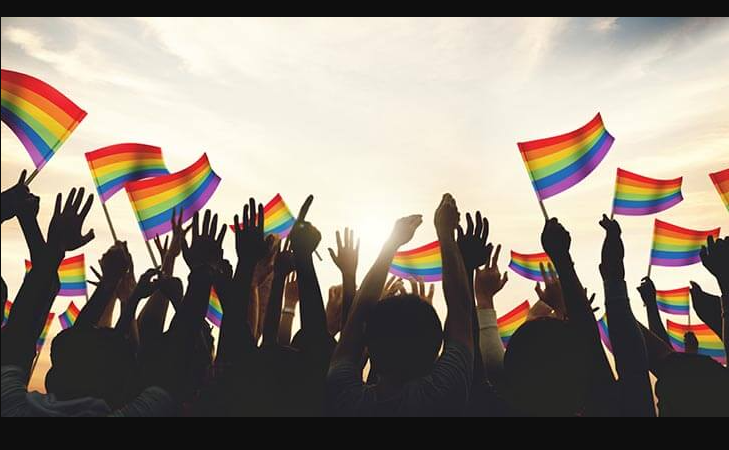 Following an order issued by the Vatican that priests and other Catholic Church ministers should not bless same-sex unions, describing such blessings as non-licit, the Lesbians, Gay, Bisexual, Transexual, and Queer (LGBTQ) community is currently trending on Twitter.

Recall that the Vatican’s doctrinal office, the Congregation for the Doctrine of the Faith (CDF) on Monday, March 15 issued the ruling in response to questions and moves in some parishes to impart such blessings as a sign of welcome to gay Catholics since the Church does not permit homosexual marriage.

Pope Francis approved the response, the CDF said, adding that it was “not intended to be a form of unjust discrimination, but rather a reminder of the truth of the liturgical rite”.

It said such blessings were not permissible even though they were “motivated by a sincere desire to welcome and accompany homosexual persons” and help them grow in the faith.

The CDF note said that since marriage between a man and a woman was a sacrament and blessings are related to the sacrament of marriage, they could not be extended to same-sex couples.

“For this reason, it is not licit to impart a blessing on relationships, or partnerships, even stable, that involve sexual activity outside of marriage (i.e., outside the indissoluble union of a man and a woman open in itself to the transmission of life), as is the case of the unions between persons of the same sex,” it said.

The order is now attracting criticism from members and supporters of the LGBTQ community on Twitter. 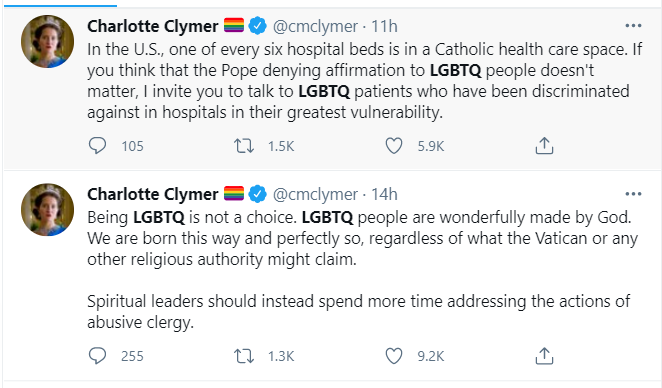 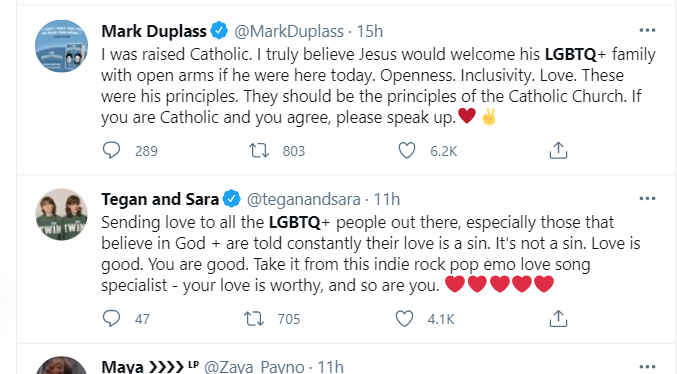 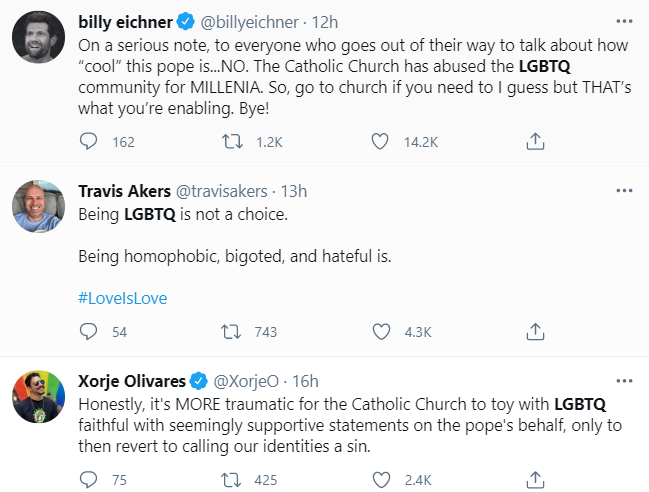 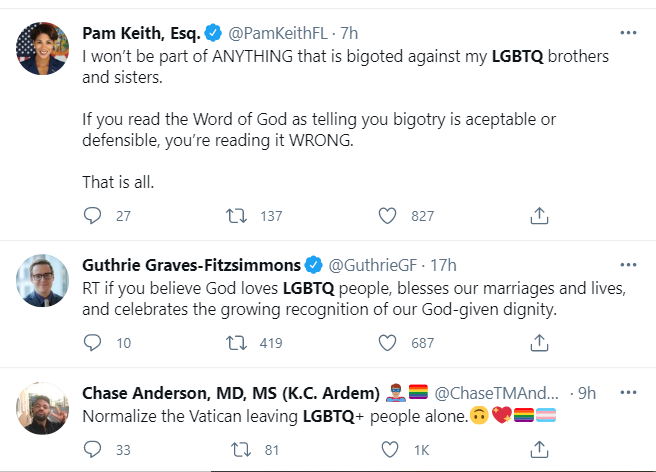 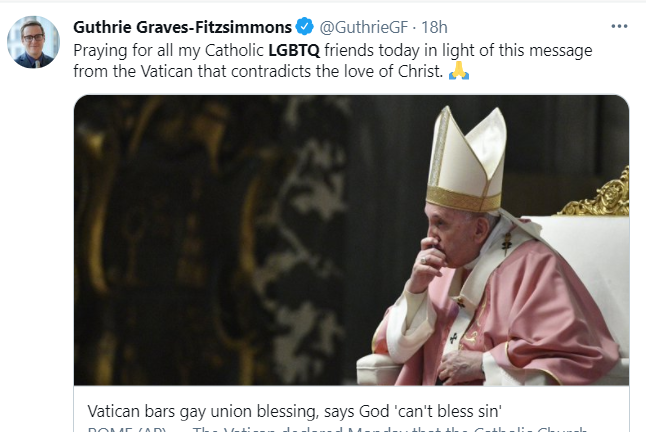 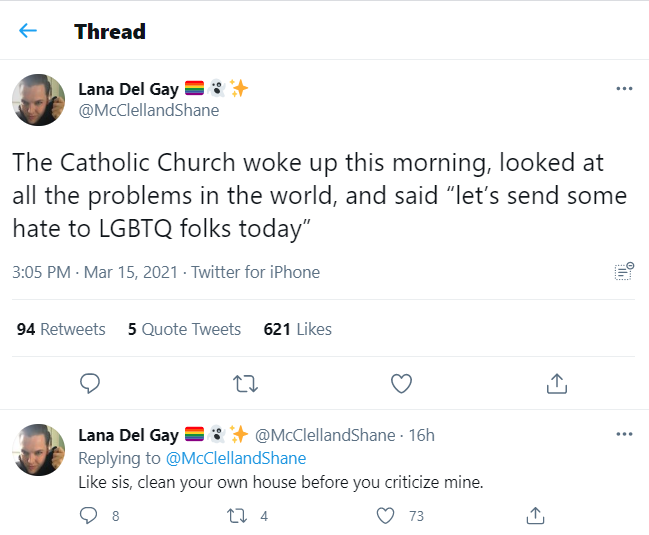 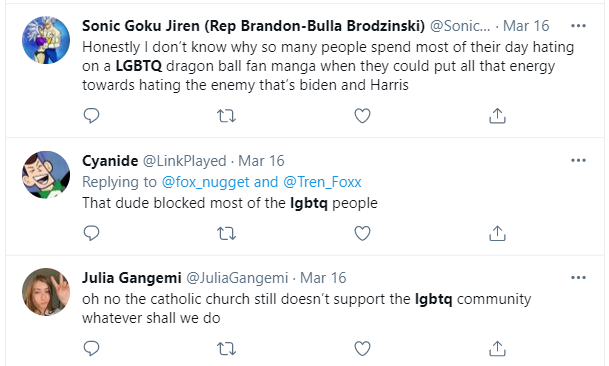 James Martin, SJ, a Catholic priest in the US, also took to Twitter to share an uplifting message with his LGBTQ friends over the Vatican’s order. 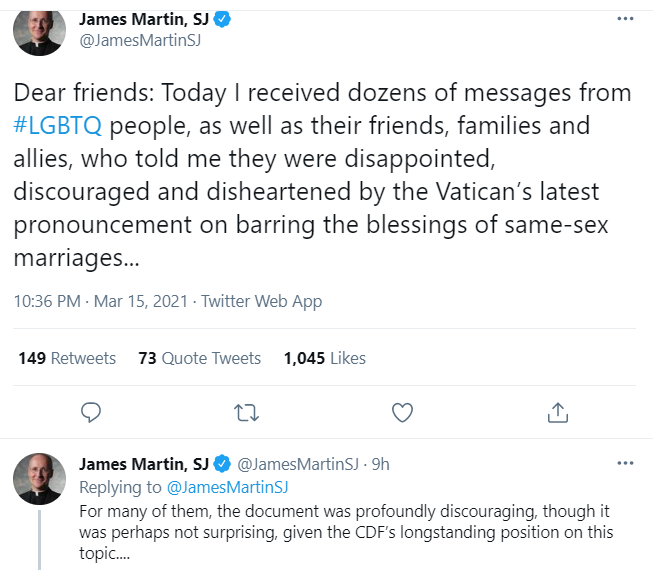 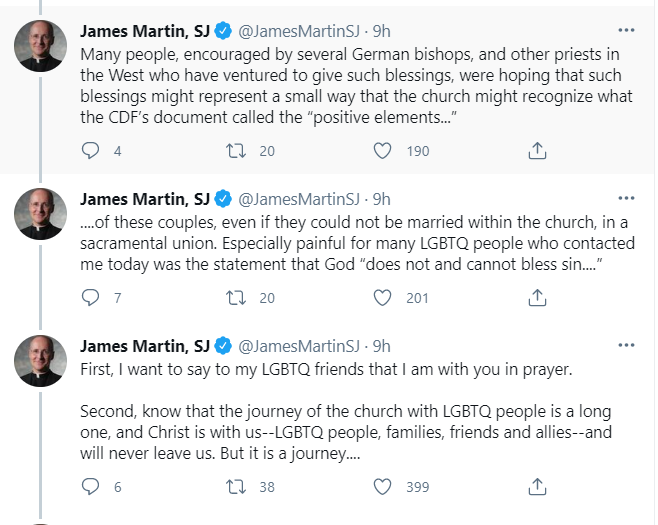 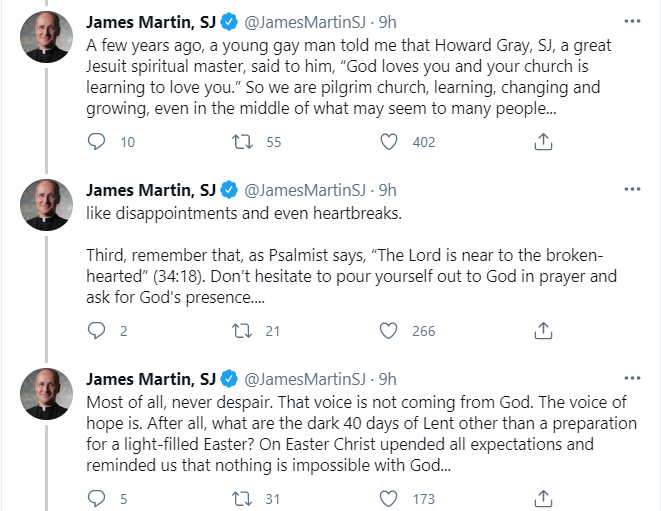 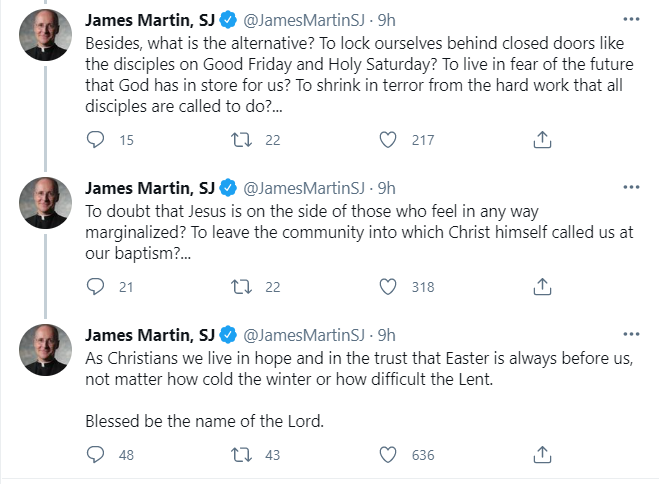 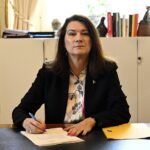 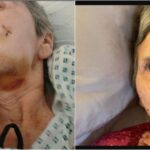 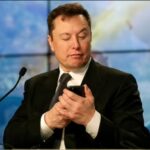 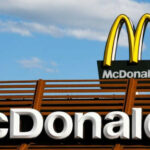