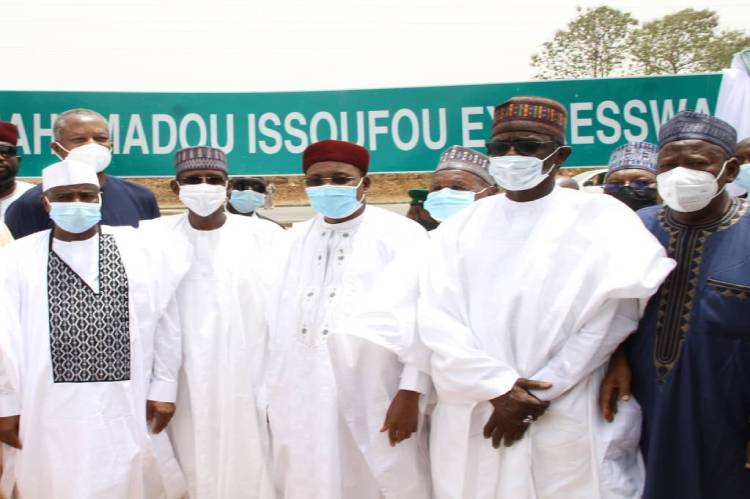 President Muhammadu Buhari has named a major Expressway in Abuja after the President Issoufou Mahamadou of Niger.

WITHIN NIGERIA reports that President Muhammadu Buhari on Tuesday in Abuja congratulated outgoing President of Niger Republic, Mahamadou Issoufou, for successful completion of his second tenure, and wining the prestigious 2020 Mo Ibrahim prize for Achievement in African Leadership, describing him as a worthy African leader.

Making the announcement on Twitter, the Nigerien President wrote that he is honored to be bestowed upon with the gesture by the President Buhari and says a very big thank you to the Nigerian President. 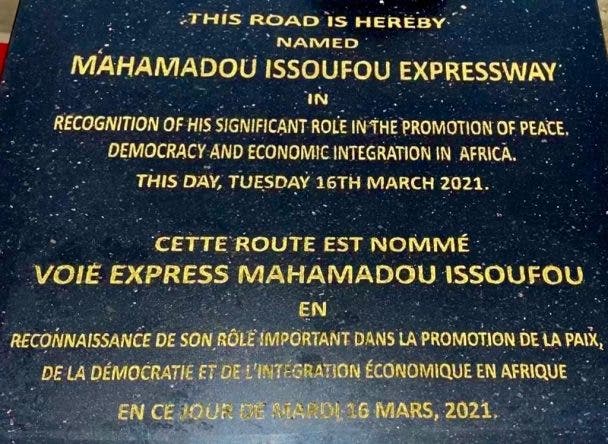 My brother and friend, @MBuhari, did me the honor to call an Abuja express way “Mahamadou Issoufou expressway”. This testifies, beyond our personal relations, to the excellent relations that exist between #Nigeria and #Niger. His caring touches me. I thank him very much.

In a similar development, President Buhari was awarded the highest national award of Niger Republic, Grand Croix Des Ordre National Du Niger, by President Issoufou, felicitated with the outgoing leader for upholding the tenets of democracy, improving the economy of his country and consolidating the good relations that existed between both countries.