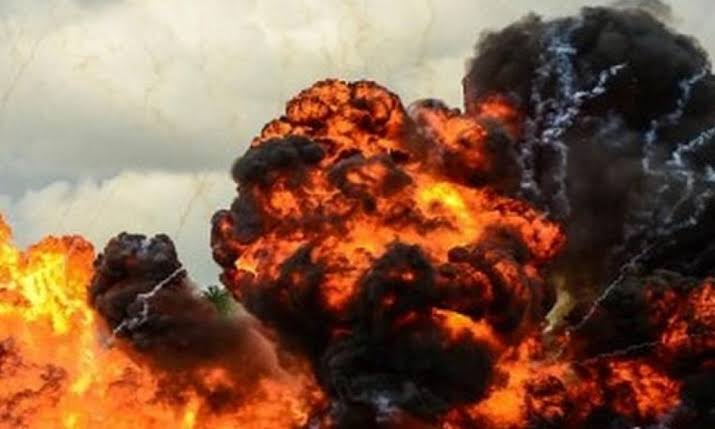 WITHIN NIGERIA gathered that a female shop owner in the community sustained an injury from the dynamite explosion.

It was learnt that the explosive was part of the ones left behind undetonated by armed robbers who robbed a bank in the town on Thursday, March 11, 2021.

According to an eye witness, Abimbola Aderin who has a shop around the area told newsmen that the woman’s shop was located directly opposite the palace.

“The woman was sweeping areas around her shop in the morning when we suddenly heard a very loud explosion and upon rushing to the scene, we discover that from the remnants that it was the type used by the robbers to bomb the bank.

“There is no casualty except the woman, who was injured in the explosion. Although resident initially locks their shops but later return to their business, having discovered that it was the only one in the environment”, he added.

However, another shop owner in the area, Bola Akinola disclosed that the woman had already swept the environment and dumped it inside the gutter, adding that it exploded while attempting to set it on fire.

“As you are aware that every Thursday morning is dedicated to cleaning the environment, the woman had swept her shop and dump it in the gutter in front of the shop but the moment she set fire on it the explosive therein exploded”, she said.

When contacted, police spokesperson, Yemisi Opalola said the detail of the incident is not yet available.