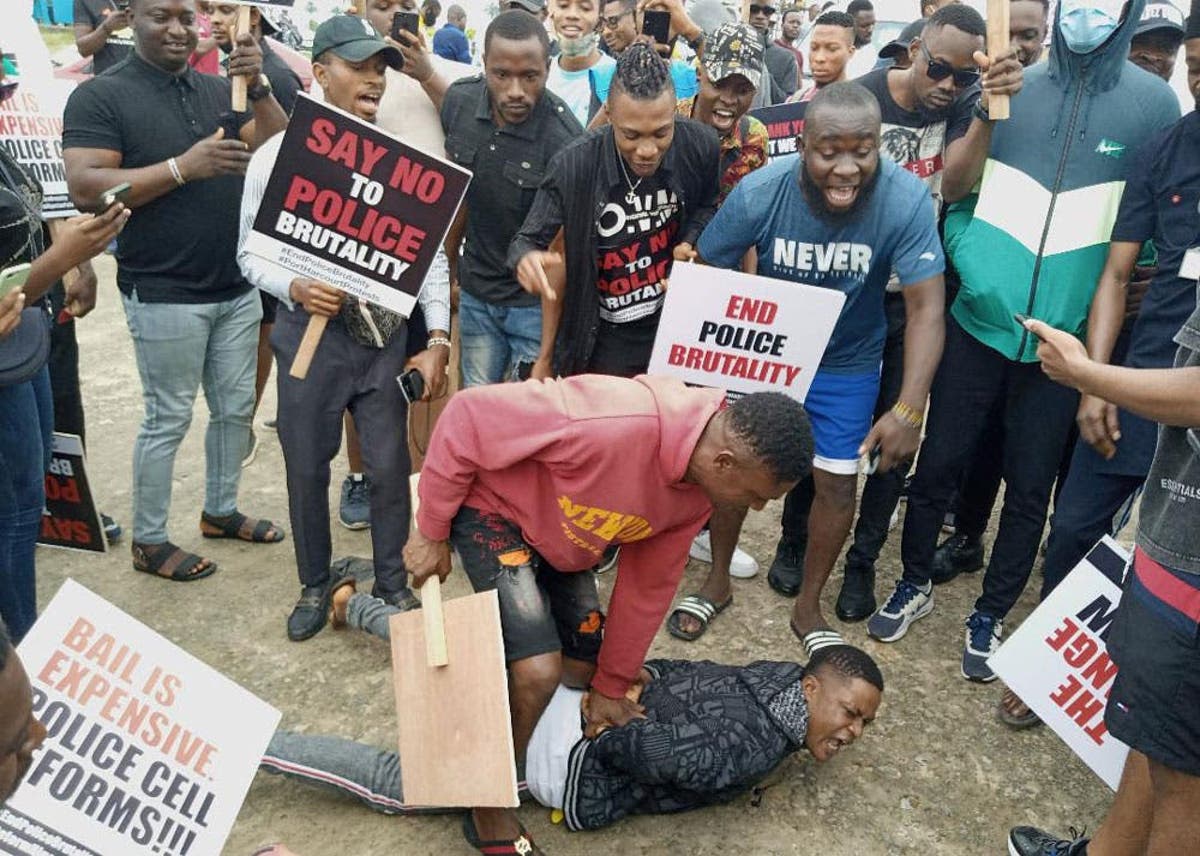 The National Human Rights Commission (NHRC) has awarded the sum of N575.8 million to victims of police brutality following the #ENDSARS protests.

Recall that the NHRC was set-up in October 2020 to investigate allegations of human rights abuses against the disbanded special anti-robbery squad (SARS).

This was announced by the Deputy director of public affairs in NHRC, Fatimah Mohammed on Friday March 19.

Mohammed said the decision was made at the panel’s executive session in which  20 of the petitions which bordered on extrajudicial killing, unlawful arrest, detention, torture, among other issues were considered.

The police were further directed to issue an apology to victims of police brutality by the panel which also agreed that the victims of human rights who got court judgments should be paid.

“The executive session considered 20 out of the 44 petitions on non-adherence by the police of court judgments awarding compensations to victims of human rights violations, and decisions were made on each of the petitions otherwise known as judgment debts,” Mohammed said.

“The petitions on judgment debts of about N575.8million were considered ranging from the award of N200 million to ?120,000 of cases bordering on extra-judicial killing, unlawful arrest and detention.

“Others are cruel, inhuman and degrading treatment and torture, alleged enforced disappearance, confiscation of property, etc.

“The police would have to make a commitment to respect court orders while part of the money will be paid from the human rights compensation funds which are expected to be paid for such purposes.

“Apart from assisting the victims of human rights violations to get their compensation paid, Ogbonna said the panel has also taken a decision to order the police authority to issue apologies to some of the petitioners who have issuance of apology as part of their compensation”.