The Central Bank of Nigeria has retained the policy rate at 11.5 per cent despite the country’s three-year high inflation, a decision it said sought to ensure a balance between the need for price stability and growth.

Other parameters that were retained include the Cash Reserve Requirement (CRR) at 27.5 per cent, Liquidity Ratio at 30 percent and the asymmetric corridor( margin around the MPR) at +100/-700 basis points around the MPR.

The CRR is the funds kept with the CBN as a minimum deposit a commercial bank must hold as reserves, which they cannot lend out to customers.

The decision was not unanimous as some members voted to increase the lending rate to check stagflationary pressure that has seen prices skyrocket across sectors in the country amidst high unemployment.

Increasing the lending rate should aim primarily at reducing money supply in the economy, a key tool in fighting inflation. However, doing so can slow economic growth at a time the country has just exited a recession, with businesses not able to borrow much to fund their operations.

The NBS said in its report that food inflation rose to 21.79 per cent in February, compared to 20.57 per cent recorded in January 2021, the highest point since the data series began over a decade ago.

The prices of food rose earlier in the month when a blockade was announced by food and cattle suppliers.

The blockade led to a sharp rise in the prices of beef, foodstuff and vegetables, worsening Nigeria’s runaway food inflation.

In March, the nation’s statistics bureau said Nigeria’s unemployment rate rose to 33.3 per cent, translating to some 23.2 million people, the highest in at least 13 years and the second-highest rate in the world.

The figure jumped from 27.1 per cent recorded in the second quarter amidst Nigeria’s lingering economic crisis made worse by the coronavirus pandemic.

Unemployment rate in the country has more than quadrupled since 2016 when the economy slipped into a recession. A second recession occurred in 2020.

Nigeria’s economy limped out of recession in the fourth quarter of 2020, recording its first but weak growth in three quarters as coronavirus-linked lockdown was lifted across the country.

The NBS said at the time that Gross Domestic Product (GDP) grew 0.11 per cent in the three months between October and December from a year earlier.

The economy hit recession in the third quarter of 2020 with a decline of 3.6 per cent, having contracted 6.1 per cent in the second quarter, leading to Nigeria’s second recession in five years. 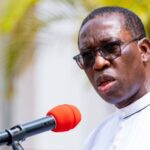 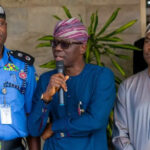