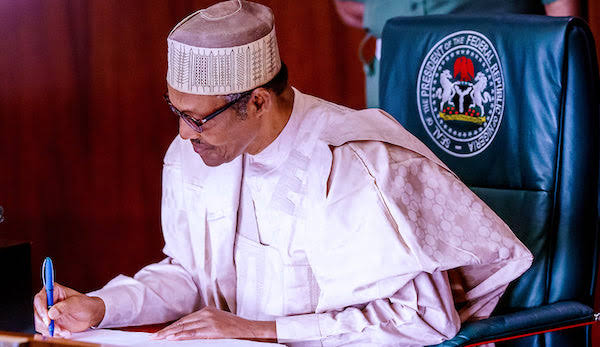 President Muhammadu Buhari has appointed five principal officers as coordinating directors of the National Agency for Science and Engineering Infrastructure (NASENI) in furtherance of on-going restructuring by the federal government to reposition the agency for better performance.

The president’s approval of appointments of principal officers was conveyed in a letter signed by the chief of staff to the president,Prof. Ibrahim A. Gambari, in a letter ref: SH/COS/16/4/A/18, dated March 24, 2021, duly addressed to the executive vice chairman/CE of the agency.

The appointment of above principal officers is for initial five (5) year tenure.

A statement by the agency’s deputy director, Olusegun Ayeoyenikan, said the appointments are with immediate effect.