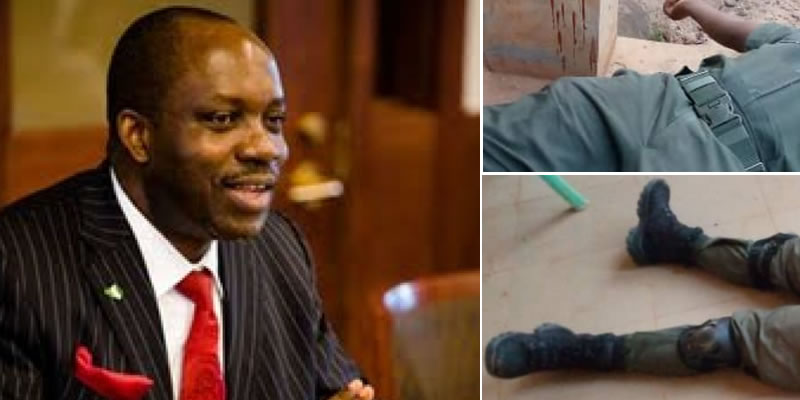 Unknown gunmen in Anambra disrupted an interactive session between Isuofia youths and a former Governor of the Central Bank of Nigeria and aspirant of the All Progressive Grand Alliance (APGA), in the November 6 governorship election, Professor Chukwuma Soludo at the town’s civic centre.

WITHIN NIGERIA learnt that three policemen were shot dead during the evening attack and many other supporters missing.

Eyewitnesses at the event said that Soludo was safe but his whereabouts was unknown.

The National Secretary of All Soludo support groups and the Convener of Youths Earnestly Seek Soludo (YEES), Dr. Nelson Obinna Omenugha, confirmed the attacks to Journalists.

He said that three of Soludo’s security details were killed.

He also said the state Commissioner for Public Utilities, Engineer Emeka Ezenwanne, was also taken away by the gunmen.

He condoles with the families of the lost ones and asked God to grand their soul internal rest.