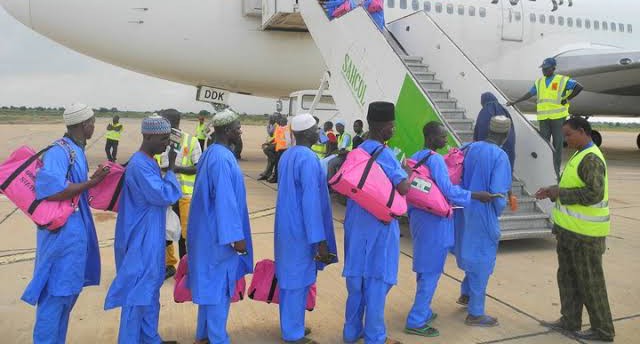 Saudi Arabia on Thursday said Pilgrims undertaking Umrah during Ramadan will not need to be vaccinated against COVID-19, but other precautions are in place to safeguard the faithful against the coronavirus.

Umrah is an Islamic pilgrimage to Makkah and Madinah undertaken at any time of the year. The rite attracted 19 million people in 2019.

Saudi Arabia stopped the pilgrimage at the start of the pandemic in March 2020 but it restarted in limited numbers in October with slots booked through a government app.

“Until now, there are no requirements for pilgrims to obtain a coronavirus vaccine to perform Umrah during Ramadan. The permitted ages are between 18 and 70,” the Hajj and Umrah Ministry said on Twitter.

Those working in the Hajj and Umrah sectors are required to get vaccinated before the start of Ramadan this month, the ministry said.

Employees who are not vaccinated must provide a negative PCR test result every seven days, in line with broader rules brought in across the kingdom’s hospitality and service industries.

Authorities said they will intensify inspections during the holy month to ensure that the public is complying with social distancing measures.

The kingdom recorded 585 new cases of COVID-19 on Wednesday, taking the total number of infections to 390,000. Six deaths were reported, increasing the death toll to 6,669.

Case numbers rose in recent weeks after being fewer than 100 at the start of the year.

Eleven mosques were shut in six regions of the kingdom after 11 infected cases were found among worshippers.

The kingdom launched its vaccine campaign in December and has administered more than four million doses so far.

More than 400 vaccination centres have opened since the nationwide campaign began with citizens and residents able to register for inoculations through the ministry’s Sehhaty app.

So far, nearly 70 per cent of citizens and residents who registered through the application have received the dose.

The ministry announced in March that the age limit for those being vaccinated would be lowered from 18 to 16 to prevent the spread of the virus.

There is, as yet, no official word on regulations for Hajj, a once-in-a-lifetime duty for every able-bodied Muslim who can afford it.

In 2020, the kingdom dramatically reduced the number of pilgrims from more than two million from around the world to just 1,000 who were already in the country to help prevent the spread of the coronavirus.

The kingdom shut its borders to citizens from dozens of countries and has strict entry requirements for others to prevent new cases from being brought in.