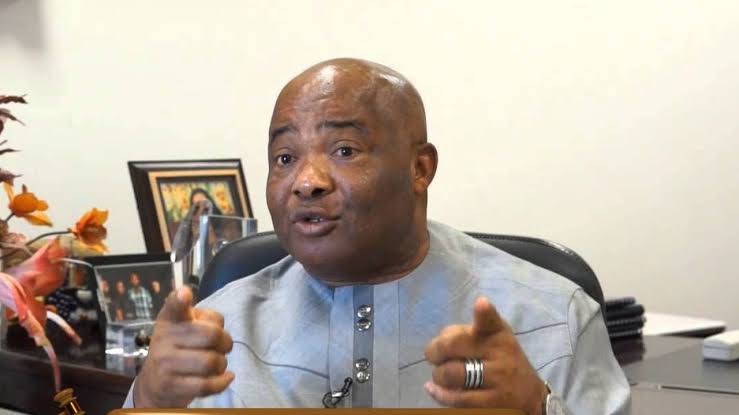 Imo State Governor, Hope Uzodinma has disclosed that gunmen attempted to invade the state government house on Monday but were not successful.

Recall that the police command headquarters in Imo and a correctional service centre in Owerri were attacked in the early hours of Monday.

Following the attacks, the governor of Imo state, Uzodimma convened a state security council meeting at the government house, Owerri.

Uzodimma while speaking after the meeting said some of the 1844 inmates freed by the gunmen had started returning voluntarily while others had been rearrested.

“It has been an eventful day today being Easter Monday in Imo as yet to be ascertained gunmen attacked the correctional service centre, setting some facilities ablaze and releasing some inmates,” the governor said.

“The gunmen were at the police headquarters where they destroyed 38 vehicles and also set the facilities ablaze.

“Efforts by the gunmen to penetrate into the Imo State Government House were not successful as they ended up shooting sporadically at the entrance gate.”

The governor said an enquiry panel had been set up to look into the incident with a view to finding out the circumstances surrounding the attack.

He said government and security agencies will get to the root of the matter to fish out the perpetrators.

Uzodimma assured residents of the state of their safety, assuring that security agencies will be more proactive to forestall a reoccurrence.

According to NAN reports, normalcy has returned to the state and that major roads leading to the correctional service and police headquarters in Owerri have been cordoned off.