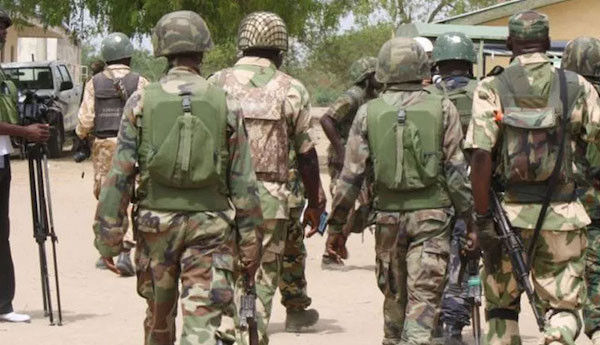 The Nigerian Military on Tuesday, April 6, launched an aerial bombardment on Essien Udim Local Government Area of Akwa Ibom, following the recent killings of security personnel in the area.

Essien Udim, the council area of the Niger Delta Affairs Minister, Senator Godswill Akpabio, and has been under siege by criminal elements alleged to be members of Indigenous People of Biafra(IPOB).

Last week, three police officers including a Chief Superintendent of Police (CSP, were killed for unknown reasons, while four policemen were declared missing. Some security vehicles were also set ablaze.

To forestall further attacks by the criminal elements, the military, yesterday, launched an operation to flush out criminal elements in the area. Drones and helicopters were deployed by the military as they flew at low levels to ensure proper surveillance of the area. The military had on Monday, April 5, asked residents to vacate areas suspected to be used as camps by criminals.

Staff and students of the Federal Polytechnic Ukana located few meters from Akpabio’s residence were forced out of the school campus. The Akwa Ibom State Polytechnic in Ikot Ekpene was also shut down.

“The operation just started. The general security situation in Akwa Ibom state was very peaceful and calm before these miscreants started their problem two weeks ago. They attacked so many security agencies and carted away some weapons and this gave them the courage to continue with their nefarious activities. In the light of this the army commander and commanders of other security agencies decided that the criminals must be brought down”

Abakpa added that no arrest has been made so far.