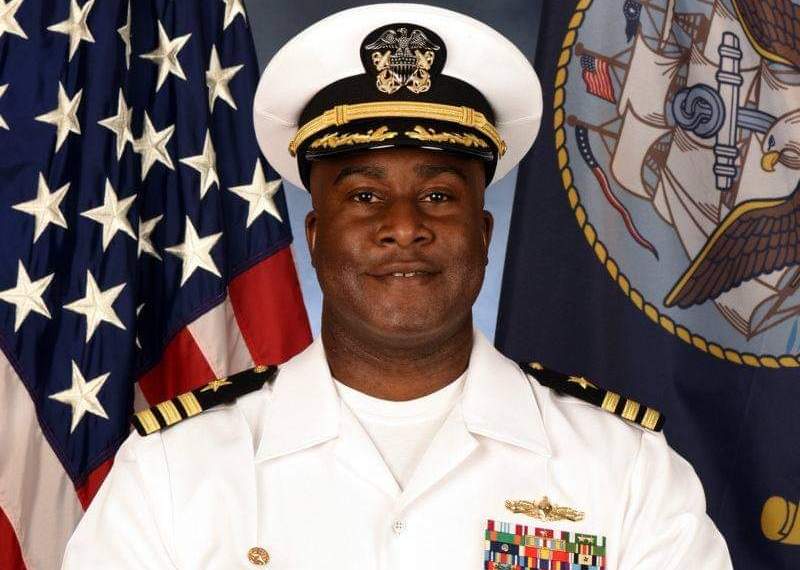 Kelechi Ndukwe: Meet first ever Nigerian-American Commander of a US Navy ship

Nigerian-American Kelechi Ndukwe has made history following his appointment as commander of a US Navy ship, USS Halsey (DDG-97), described as an Arleigh Burke-class guided missile destroyer.

Ndukwe is from Okoko-Item in Bende LGA, Abia State.

The US Mission in Nigeria on Thursday congratulated Mr Ndukwe, an alumnus of the University of Notre Dame and the US Naval War College. He was appointed last Thursday.

Kudos to Kelechi Ndukwe on his new role as commander of a U.S. Navy Guided Missile Destroyer. The University of Notre Dame and the U.S. Naval War College alumnus becomes the first Nigerian-American captain of a U.S. Navy ship. Congratulations! pic.twitter.com/SCoaIVBlWd

The graduate of chemical engineering replaced DeVere Crooks who had commanded the ship since November 2019, and whom he deputised.

Ndukwe began his US Navy career some 18 years ago as an auxiliaries officer of the USS Thorn, a year after he bagged a master’s degree in national security and strategy studies from the US Naval War College.

After graduating from the University of Notre Dame in 2002, he worked in the office of the chairman of the joint chiefs of staff (CJCS), America’s highest-ranking military officer.

In the handing-over ceremony hosted live on Facebook, Ndukwe recalled how his parents migrated to the US from Nigeria in 1977 as “poor college students with hopes and dreams.” 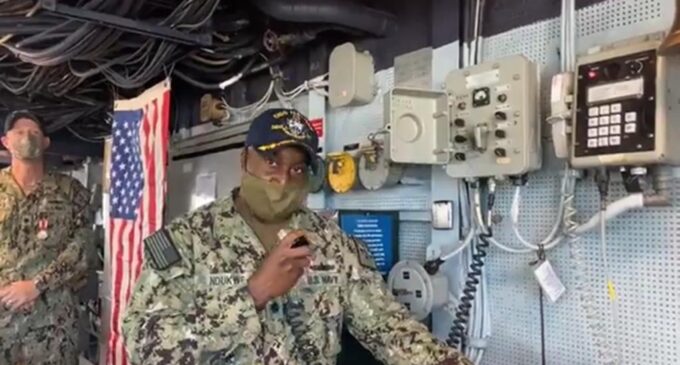 Addressing the ship crew and his family last Thursday, Ndukwe said: “Thank you for your example of hard work and dedication and the foundation you have laid for your children.”

He noted that he was the oldest of his parent’s four children “but also the smallest. And now their son is the captain of a US warship. In America, anything is possible.”