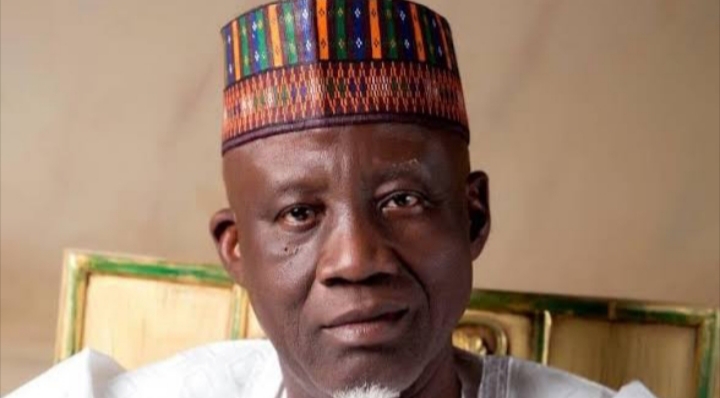 Nigeria’s Minister of Police Affairs, Muhammad Dingyadi has stated that President Buhari did nothing wrong by not consulting the police service council before appointing Usman Alkali Baba as the new Inspector General of Police (IGP).

Recall that President Buhari on Tuesday appointed Baba as the new IGP to replace Mohammed Adamu with immediate effect.

One of the issues that trailed the  appointment of the new IGP was that the president did not consult the police council as contained in the Nigeria Police Act 2020, and sections 214, 215, and 216 of the 1999 constitution (as amended).

A human rights lawyer and activist, Mike Ozekhome had argued that the appointment of Baba was unconstitutional, noting that the president can not singlehandedly appoint the IGP without consulting the police council.

Speaking on Friday, when he featured on Politics Today, a programme on Channels Television, the police minister said Baba is serving in acting capacity.

He added that the president is making arrangements to consult the police council, when he returns from the United Kingdom.

PMB And His New Clan

“So, he’s making arrangements now to consult the police council, and as you are aware, Mr president is not in the country at this material time.

“As soon as he comes back, he will set the machinery in motion to do the necessary processes provided by the law to consult the police council in this direction.”

Asked what will happen if the police council rejects the appointment, Dingyadi noted that such has not happened before, but said the president must have done his homework before announcing Baba as the IGP.

“I’m not sure, but this kind of thing has never happened, because before the president takes decision on an acting appointment, he must have made his own homework,” he said.

“And I want to believe that the governors who are members of this council have all the confidence in Mr president and they know the kind of person he is. I think Mr president should be able to convince members of the police council in this decision that he has taken at this material time.”