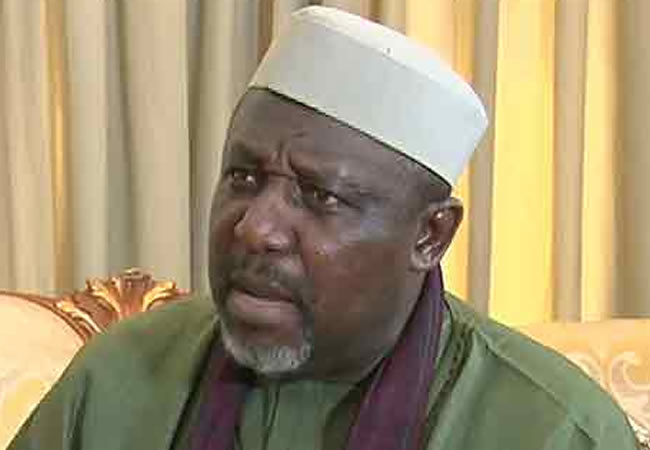 Okorocha explains how to tackle insecurity

Senator Rochas Okorocha has explained how to tackle insecurity following series of killings, kidnappings and several attacks the country have witnessed.

The former governor of Imo state also attributed the security challenges inhibiting the socio-economic development of the nation to a high rate of poverty, uunemployment and injustice

This explanation was made by the senator representing Imo West Senatorial District while speaking at the burial of late Hon. Andrew Dirichukwu Ojiaku-Okeke, father of his former Deputy Chief of Staff, Barr Ijeoma Igboanusi, in Akatta community in Oru East council area of Imo State.

Represented by his former Chief of Staff and 2019 governorship candidate, Uche Nwosu, the former governor said there was need for political leaders to look at the totality of governance approach to security reforms such that it is not just about security agencies.

According to Okorocha, many times we blame the security agencies rather than address the root causes of the challenges which are poverty, unemployment and injustice.

We as a nation must address the critical issues concerning poverty and unemployment as well as the growing injustice the society as a way of tackling the challenges of insecurity in the country, he added.

The former Governor described the demise of Ojiaku-Okeke as a big loss to Oru East and Orlu zone in general because the former deceased, a well-known political and community leader, lived for his people, empowerment and justice.

He however expressed happiness his children embraced the good legacies of their late father.