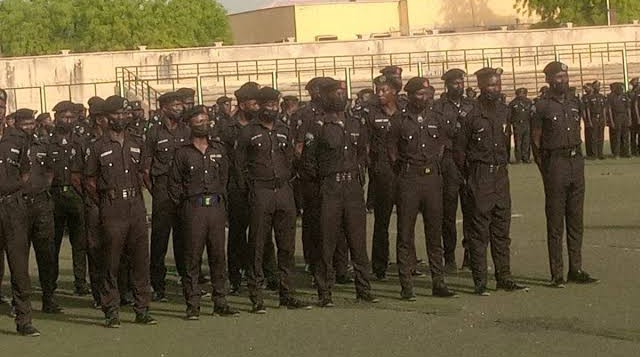 Governor Umar Ganduje has inaugurated 704 police constables in Kano State after their graduation from the Kaduna Police Training School.

At the inauguration ceremony held at the Kano Pillars Stadium, Sabon Gari-Kano, the governor promised to get a total of 4,400 constables in an effort to sustain a peaceful atmosphere in Kano.

Ganduje said: “This administration has set up committees at village, community, ward and local government headed by emirs of respective emirates and a state committee headed by the secretary to the state government, to strengthen state policing in Kano.”

He commended the teeming masses of the state for their collective efforts in ensuring that peaceful co-existence continue to prevail in the state.

He added that “it is this singular effort that has made the state the most preferred state in the country as many people from other states are relocating to the state to reside and do business.”