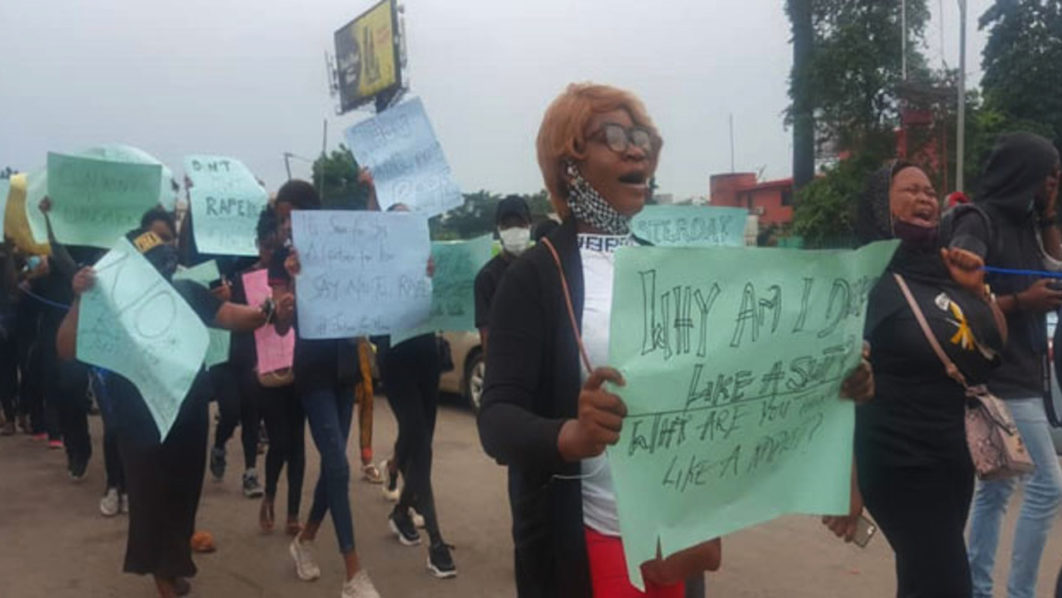 Students of the Plateau State University, Bokkos, have stormed the institution to stage a peaceful protest after four female students were raped on Monday night.

The four female students who are residing off campus were said to have been kidnapped by unknown gunmen, raped and dumped in the bush, late Monday night.

According to DAILY POST, a source said a male student residing in the area was also shot, and left injured, adding that the act by the unknown gunmen is becoming a recurring issue.

“This is becoming a worrying issue, because more than 90% of the students of the institution reside off campus, because of lack of enough hostel accommodation in the school”, the source decried.

Recall that on Sunday 9th June, 2019, suspected herdsmen invaded one of the female hostels of the institution and raped a female student and left her unconscious.

In an attempt to intervene, a 100 level student of Geography Department, Mr. Ugu Sheni Kimati was killed.

However, when contacted, Spokesman of the Plateau State Police Command, ASP Gabriel Ogaba, said, “There was an incident where unknown persons invaded a student lodge off campus in Bokkos.

“They only made away with their phones as a result of the quick response of our personnel.”

According to Ogaba, “No student was raped”.

The Police Public Relations Officer assured that investigation was ongoing to unravel the perpetrators.