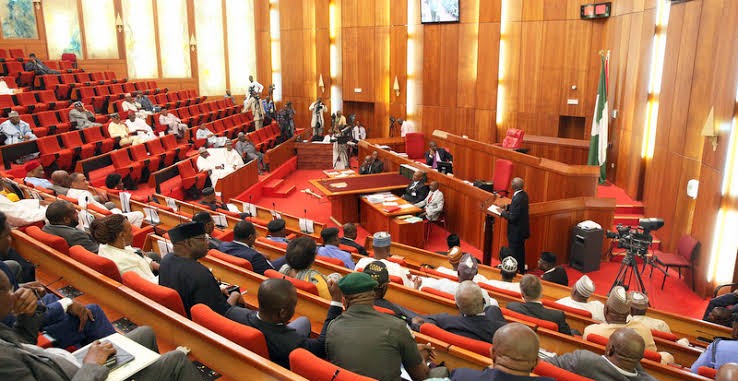 A bill to establish the National Food Reserve Agency passed Second Reading on Wednesday in the Senate.

Presenting his report, former governor of Nasarawa State and Chairman Senate Committee on Agriculture and Rural Development, Abdullahi Adamu, said the agency when established, will implement the overall National Food Reserve Policy to ensure a reliable supply of designated commodities in the country.

He further noted that the agency would help to mitigate the crisis of the availability of agricultural produce in the country.

He said: “There will also be a reduction in post-harvest losses as silos, warehouses, equipment, ancillary facilities and other suitable storage facilities will be installed and maintained.”

Before the passage of the Bill, Senator representing Osun Central and Chairman Senate Committee on Media and Publicity, Senator Ajibola Basiru had cautioned that the Parliament was not vested with powers to legislate on the establishment of the food reserve agency. He cited provisions of Section 4 of the 1999 Constitution to back his reservation.

President of the Senate, Ahmad Lawan however overruled Senator Basiru.

Senator Lawan said anyone outside the Parliament who is against the Bill could go to Court to challenge the passage of the Bill.

He said: “From a constitutional point of order our colleague raised that we don’t have such power, I think the National Assembly has such powers. I think the emergency in this country requires that we do everything possible to rescue, protect the lives and property of the people of this country.

“I believe we should go-ahead to do our legislation.

“But I believe that Nigerians at the moment need this kind of legislation.”