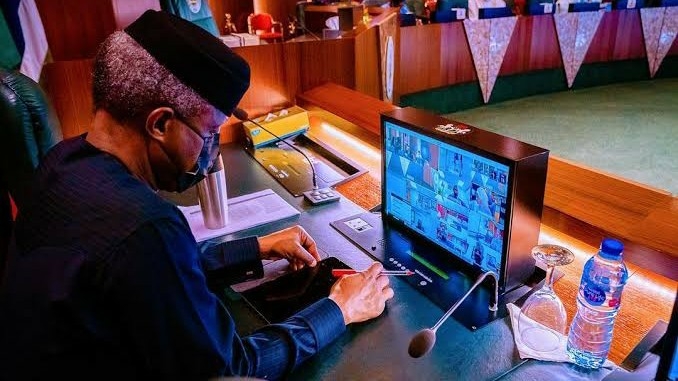 The Federal Executive Council (FEC) has approved N20, 114, 002,871 for the acquisition of operational equipment for the Nigerian Customs Service (NCS).

The minister said that council also approved N539,277,673 for the construction of the Federal Inland Revenue Service (FIRS) building at the Ilupeju Medium and Small Taxpayers’ office.

On the contracts that were approved for Customs, the minister said 427 operational vehicles, worth N14.55 billion and nine assorted gunboats worth N5,564,002,871 were all approved.

“The ministry also presented, on behalf of the Nigerian Customs Service, a memo that was seeking for council’s approval for the design, construction and supply of two NC36M patrol boats, in favour of Messrs of Boat Plus Limited, in the sum of N5,062,530,400, inclusive of 7.5% VAT with a delivery period of 12 months and council approved our request.

“We also presented a memo, again on behalf of the Nigerian Customs Service, for the approval of council for the design, construction and supply of seven fast assault patrol boats and seven regular patrol boats, in favour of Messrs Siwa West Africa Limited, in the sum of N501,472,471.08, inclusive of 7.5% VAT, with a delivery period of eight weeks.

“We also presented, again on behalf of the Nigeria Customs Service, a request for council’s approval and council approved the procurement of 427 operational vehicles for the Nigerian Customs Service operations in favour of various contractors in the combined sum of N14.55 billion, inclusive of 7.5% VAT with a delivery period of four weeks,” she said.

Also addressing State House Correspondents after the meeting, Minister of Information and Culture Alhaji Lai Mohammed, who spoke on behalf of the Minister of State for Education, Emeka Nwajiuba, said council also approved a project for the extension of the University of Ibadan’s library at the sum of N532 million.

“The Minister of Education also presented a memo for the award of contract for the construction and furnishing of the extension of the library of the University of Ibadan. The memo, which was approved, is at the cost of N532,609,000 and with a completion period of 48 weeks.

“It was a memo that was very well received because of the need to actually extend the library facility in the university. For many years, the library of the University of Ibadan had needed real extension, given surge of the student population,” he said.