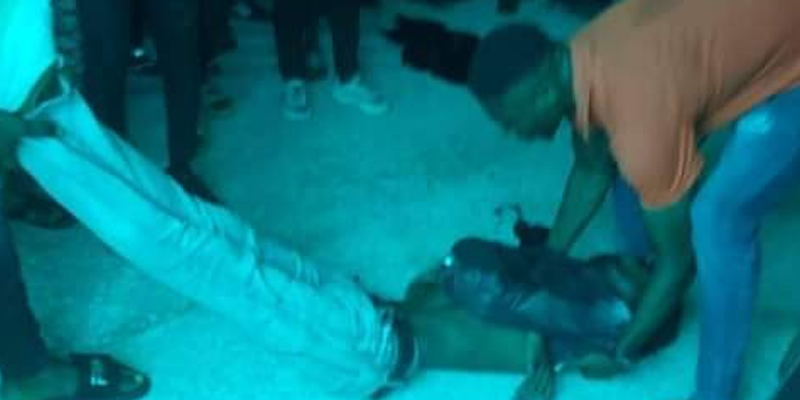 It was gathered that the deceased, a student of marketing at the Faculty of Management Science was shot in the head at close range and the bullet tore through the right eye at about 11am while standing by the door of a class during lectures.

WITHIN NIGERIA learnt that many of his classmates and lecturer, scampered out of the lecture room for safety, while the body of the deceased was left in the pool of his blood.

Some students who witnessed the killing were seen crying and lamenting the violent loss of life.

An eyewitness said ”we were in the lecture and at a point everywhere was quiet, the next noise was a gunshot, we all had to scamper for safety first before we came back to see who was shot.”

The NDU Public Relations Office, Ingezi Idoni, who confirmed the development said that authorities of the institution were investigating the incident and have contacted security personnel on the development.

Idoni said the deceased was shot dead during lecture hours, “there was a lecturer in the class during the incident. He was shot by the door of the lecture room. He was late to the class and was being asked to come into the lecture hall, and while he was offering reasons for his lateness, someone came from behind and shot him.”