The All Progressives Congress (APC) says it will hold its primary election for Anambra governorship election on June 26.

The party’s Director of Organisation, Al-Mustapha Medaner, disclosed this in a schedule of activities for the election released on Thursday in Abuja.

Mr Medaner, a professor, said the APC would start the sales of expression of interest and nomination forms for the election at the party’s national secretariat from April 15 to June 8.

He said that the exercise would be done in accordance with the provisions of the 2010 Electoral Act as amended and the Independent National Electoral Commission (INEC) guidelines.

He said the last day for submission of completed forms and accompanying documents by aspirants would be June 8.

According to Mr Medaner, the screening of aspirants would be done on June 10.

He added that primary election appeal would hold on June 30.

The APC official said female and physically challenged aspirants would only pay 50 per cent of the prescribed fees for the position.

The Anambra governorship election has been slated for Nov. 6 by INEC. 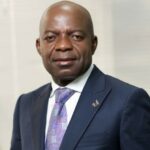 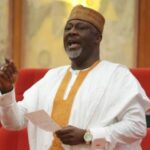