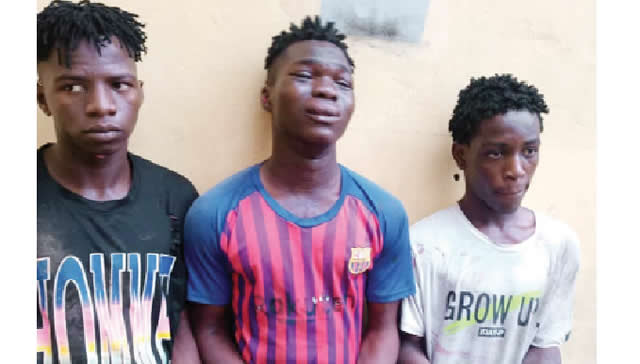 It was gathered that the three suspected robbers, Victor Alfred, Chubike Donatus, and Isiaka Olamide – all 19 years – were arrested Marble Guest House on Ajibike Street, Ogudu, Ojota, around 3am on Saturday.

The spokesperson for the Lagos State Police Command, CSP Muyiwa Adejobi, disclosed this in a statement on Saturday.

Adejobi said, “One Beretta pistol, weeds suspected to be Indian hemp and assorted charms were recovered from them. The Commissioner of Police, Lagos State, CP Hakeem Odumosu, ordered that the suspected armed robbers be properly investigated and profiled by the Anti-Robbery Section of the SCIID.

The police boss reiterated his commitment to eradicating cult-related crises and other forms of criminality in Lagos and making the state hot for the survival and operations of any cult or armed robbery group.” 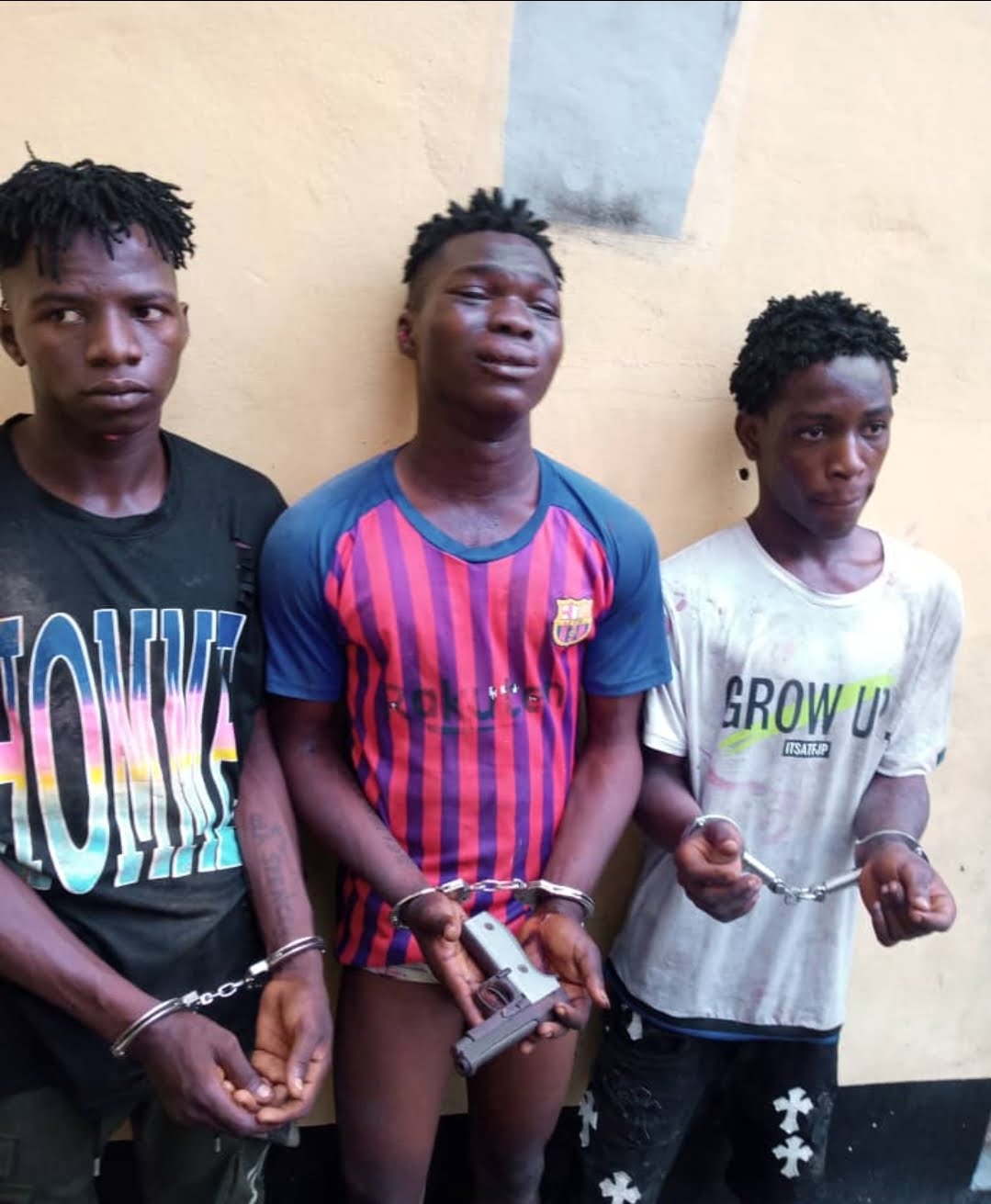