Newly wed man, four others die as bus plunges into river in Ondo 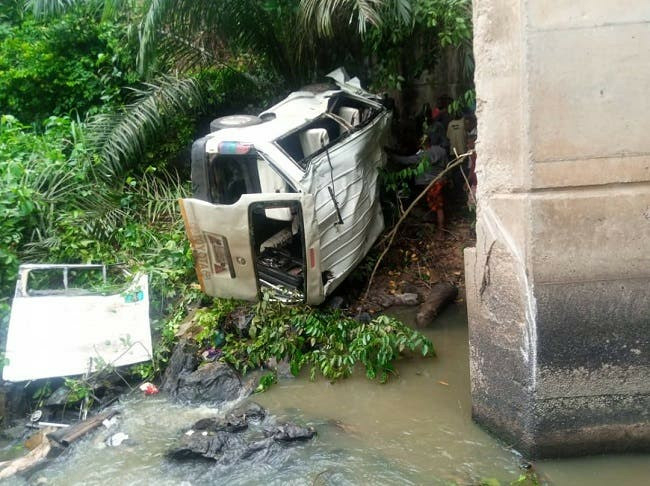 Newly wedded man and four others were confirmed dead after an 18-seater bus plunged into a river in Aponmu village, Akure South Local Government Area of Ondo state.

It was gathered that the 18-seater bus with registration number Lagos AAA 859 XC which took off from Lagos, plunged into the Owena river on Sunday afternoon, April 18, killing at least five passengers including the driver.

According to an eyewitness, the driver lost control of the vehicle due to high speed while it was raining, and plunged the bus into the river which is about 25 feet from the surface.

The witnesses said the rain prevented help from getting to the trapped passengers for over an hour. 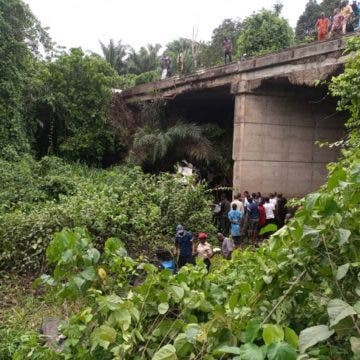 The new groom identified as Adewale, was said to be returning to Akure with his wife after the wedding at the Ikoyi Registry when the incident occurred on Sunday afternoon.

Eyewitnesses said they were to conduct the traditional wedding next weekend. The bride was said to have been seriously injured in the accident.

The death of the five passengers was attributed to the impact the bus had when it hit the rock at the bottom of the river. Other rescued injured victims, including a five-year-old, have been rushed to the hospital.

Spokesman for the Ondo FRSC, Mr. Abiola Fadumo, confirmed the incident but said rescue operation was still on.