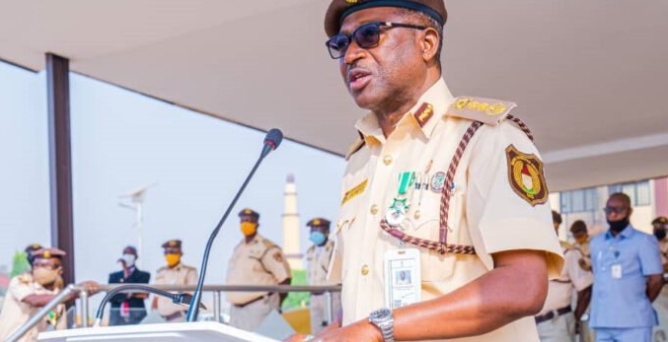 The comptroller-general of the Nigeria Immigration Service (NIS), Muhammed Babandede has disclosed that over 1.5 million people passed through the nation’s borders in 2020.

According to Babandede, passenger movement across the air borders was 1,256,652, land borders recorded 109,854; seaport witnessed 213,161, while about 106 stowaways were intercepted during the period.

He also said the service’ operatives were active in the 72 border patrol bases, six international airports, 11 sea/marine borders patrolling the nation’s 415 nautical miles (853 km), coastal areas and the Gulf of Guinea in the south.

In a statement released by the spokesperson of the Nigeria Immigration Service (NIS), Sunday James, it was stated that the service has put in place plans to effectively connect trade and people.

“The service is ready to strike the nexus between trade and people facilitation, human rights and right of countries to protect its sovereignty and security, economic development and risk to life and prosperity of the nation, ensuring that it maintains active presence across the land, air and blue border lines of the country,’’ the statement said.

“The CG promised that the Nigeria Immigration Service will continue to play the lead role in border management, migration management and control of human mobility through the deployment of human capital and technology, collaborations for safer migration through bilateral, multilateral cooperation, inter-agency collaborations and partnerships, training and retraining of its workforce to ensure safe border and safe nation.’’