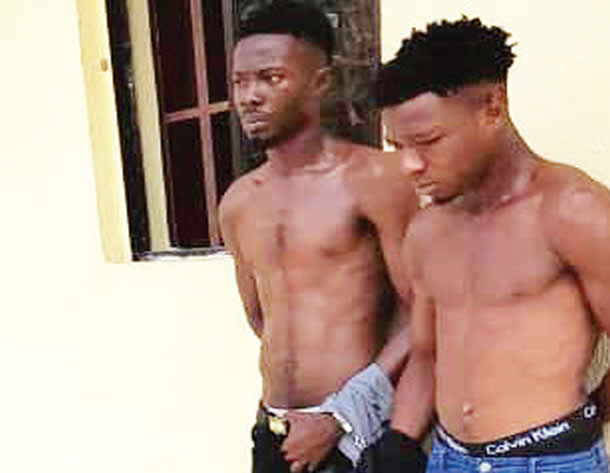 University of Calabar security personnel has arrested two men for snatching a phone worth N88,000 from a 100-level Computer Science student of the institution, Godwin Okoro.

Narrating how his phone was snatched from him, victim said he was on his way to withdraw money from the bank when he was accosted by the suspects, who snatched the phone, which he claimed was worth N88,000.

One of the suspects, Mathias, confessed that the phone was sold for N10,000, pleaded for forgiveness and pledged to help the victim recover it from the buyer.

Commenting on their arrest on Wednesday in Calabar, the Vice-Chancellor, Unical, Prof. Florence Obi, said it was sad that the suspects had turned to hoodlums, who were harassing people and snatching their phones and other belongings.

Prof Obi said the suspects were not students of the university, but had been harassing undergraduates on campus, especially in the hostels.

She said the university had not yet recovered from the destruction of its facilities by hoodlums, who hijacked the #EndSARS protest on October 24, 2020.

How police sergeant’s ‘accidental discharge’ killed colleague while on…

Calabar man dies after his dog ate his private part

“I want to commend the security men, who apprehended the suspects. This shows that the training sessions we have been organising for them are yielding results.

“The training was organised to sharpen their mental alertness so that they can carry out their duties effectively and creditably.

“I want to advise parents to always know the whereabouts of their children and the kind of company they keep.

“We know that things are hard; I want to encourage parents, who cannot afford university education for their children, to send them to learn a skill and be self-reliant.

“Learning a skill and fending for yourself is more dignifying, because we all pride ourselves when feeding from the dignity of our labour.”

The don disclosed that the suspects would be handed over to security agencies for investigation and prosecution to serve as a deterrent to others. 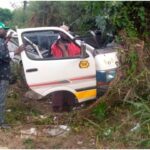