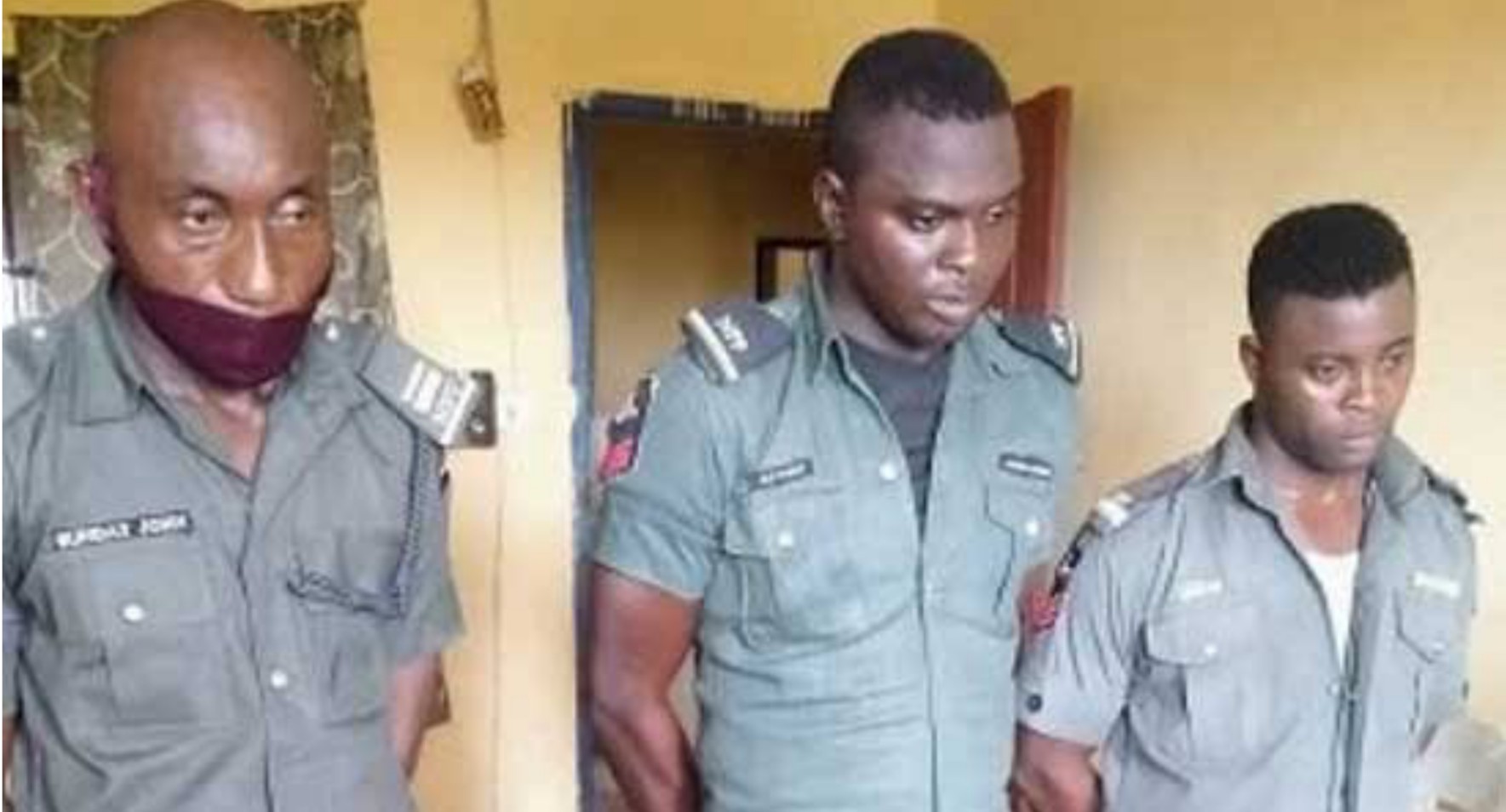 The Police in Ogun State has dismissed three officers who extorted an undergraduate of the Lagos State University (LASU), Sheriff Adedigba, from service.

The trio, had last Saturday, accosted Adedigba while travelling from Abeokuta to Lagos State and forcefully extorted him of a sum of N153,000.

The State Commissioner of Police, Edward Ajogun, in a statement by the Command Public Relations Officer, DSP Abimbola Oyeyemi, was reported to have ordered an investigation into the matter, having got wind of it from various social media platforms.

The cops were immediately identified, arrested and detained for a thorough investigation.

Having found them guilty of the offence, they were summarily dismissed from service to serve as a deterrent to others.

“The commissioner of police, CP Edward Awolowo Ajogun, ordered the immediate arrest and detention of the officers involved in the dastardly act. The three policemen were quickly identified and apprehended.

“The money was recovered from them and returned to the victim. They were subsequently arranged for departmental orderly room trial on a three-count charge of Corrupt practices, Discreditable conduct and Disobedience to a lawful order.

“They were found guilty of all the charges, and subsequently dismissed from the force to serve as a deterrent to others in their shoes.”

Adedigba was said to have commended the CP and the Command for prompt response to the incident, which he said rekindled his hope in the Nigeria Police Force.

The CP, therefore, appealed to members of the public to always endeavour to report any act of misconduct from any officer of the command to him personally, or through any of the principal officers of the command, as such will be treated with utmost urgency.